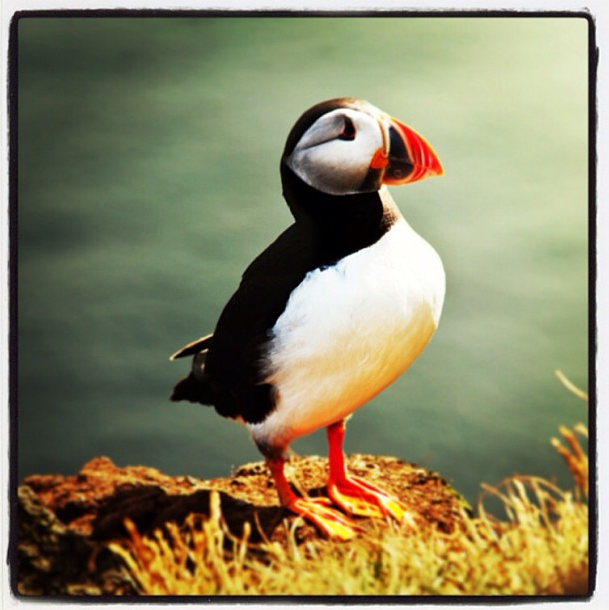 As 2014 approaches, the BIGfish team is looking ahead to plan for next year’s social media campaigns. From our experience with social media clients and through some additional research, we’re predicting five social media trends for 2014. Each week we’ll post a new trend on our blog and offer suggestions on how you can incorporate it into your social profiles.

The popularity of photos has steadily increased over the past few months and we expect this trend to really take off in 2014, forcing existing platforms to adapt to visual content (ahem, Twitter), and allowing for new image-focused networks to form. Below we’ve outlined a few reasons why this trend is important and how you can take advantage of it.

Always attach a photo to Facebook posts (and usually Tweets). According to KISSmetrics, Facebook posts with photos get 53% more Likes, 104% more comments and 84% more click-throughs than those without. As a result, our social media client Iceland Naturally’s posts reached an average of 10,000 people per post last month. We’ve also discovered the popularity of photo albums, with the most recent album reaching 18,720 people.

Twitter recently updated its timeline format to automatically expand photos. We tweeted a few photos from Iceland Naturally’s account and saw immediate results. This post received 32 retweets, 17 favorites and a positive reply (and counting) whereas the following post without an image received zero interaction.

RT @Gotham3: Spectacular photo of an erupting volcano against the backdrop of the Northern Lights in Iceland. http://t.co/YPrrjyGyBp

The free Unglist Young Art Festival is being held for the 22nd time in #Iceland this week! Schedule: http://t.co/RdvwYPqKWk

Consider joining an image-based platform. Image-based platforms like Pinterest, Instagram and Tumblr have also benefited from this trend. The value of a Pin on Pinterest, which can drive both pageviews and sales, increased 25% this past year. On average, a Pin garners 2 site visits, 6 pageviews and 10 repins. Instagram has also benefited from photo-loving web users and now boasts more than 150 million users, 16 billion photos shared and 1 billion likes per day. Tumblr blogs, especially popular among the elusive 18-24 demographic, heavily rely on visual content and the site received more than 350 million visits last month.

While a presence on every social media platform isn’t necessary, now might be a good time to consider joining Pinterest, Instagram and/or Tumblr. Each of these platforms has a massive and somewhat unique user base, offering the opportunity to engage with new consumers and increase overall reach. If you do decide to join one of these networks, be prepared to commit some time to building your fan base and having a stock of photos on hand so you can update consistently. We also suggest keeping an eye on Instagram ads. Although they’re not available to everyone just yet, we believe they have potential for great influence and results.

Find interesting visual content. While it’s easy to post photos of Iceland’s unique, beautiful landscape, finding appropriate visual content can be more difficult for other brands. While high quality, high resolution photos are recommended, sometimes it’s a personal touch of a photo that instead attracts attention. For small business, we suggest posting photos of employees, company events, your office and any other interesting or fun office-happenings. Larger brands should invest in high quality photos of and might want to take a look at the top brands on Instagram for some creative inspiration. For our client Iceland Naturally, we hold a monthly cover photo contest where we encourage fans to submit photos of Iceland. We then choose one as our cover photo for the month, credit the photographer, and create a photo album with all photo entries. This is a great way to both engage your audience and outsource some photos. Aside from helping increase engagement online, this will also help humanize your company’s presence on social media, which can improve your relationship with followers and fans and increase interaction and engagement.

Still, all photos don’t have to be centered around your company or brand. For example, the BIGfish Pinterest account has a board titled “Big fish… literally” where we post photos of, you guessed it, big fish. We also have boards for favorite local restaurants and photos of our home in Brookline Village. Users don’t want to be inundated with information solely about you, so get creative with some of your posts and have some fun with it! Test out different categories and research what other companies in your industry are doing well. As always, study any analytics you have available to learn about your followers and create content accordingly. Finally, never be afraid to just ask your fans what they like and want to see more of!

What do you think? Do you know of any other applications for visual content on social media? Have you experienced similar results by posting photos to Facebook and Twitter?

Make sure to check back in next week to see what our next 2014 social media trend prediction is!
–Brigid Gorham