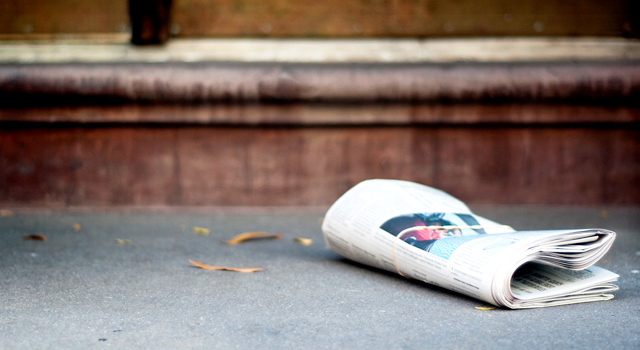 What the Future of Long-Form Journalism Means for PR

How we access to information has been and continues to be an important aspect of everyday life. As technology becomes more and more ingrained in our society, the way in which we receive that information has changed.

Chances are the kid down the street isn’t throwing a paper on your doorstep at 6 am. What’s more likely is that you roll over when your alarm goes off and scroll through your favorite newsletter before clicking on a link to a longer article. So what does this shift mean for news media and reporting? Is long-form journalism being replaced by the era of 140-character tweets or is reporting about to enter its golden age? TFW you are waiting for the next 🔥 religious tract to drop.

First things first, a little explanation on long-form journalism. Typically between 1,000 and 20,000 words, a long-form article is just that: a longer piece that covers a topic in more depth than a typical news article. Since the days of the printing press, long-form has played a role in how individuals get information. In the middle ages, long-forms were referred to as tracts and were typically religious in nature. Moving into the Renaissance and early modern age, long-forms were mostly treatises and pamphlets (think John Locke and Thomas Paine). Entering the 20th century long-form journalism took the appearance we know today.

Publications like The Atlantic, Vanity Fair and The New Yorker helped pioneer long-form journalism into the gold standard of reporting, with a reporter dedicating months, even years, of their lives to investigate a subject. Now in 2017, long-form journalism is at a crossroads. With more information and communication happening online, news outlets are making the move to bring long-form into the virtual world.

There is one major problem standing in the way. Long-form has been defined by words on a page accompanied by static images and maybe a few highlighted quotes. The nature of online content is that it has to be engaging to get views. A basic article doesn’t hold the same interest as a video, a video doesn’t hold the same interest as a video and an infographic and so on. Those seeking news online want more than just typeface. They want an experience, especially millennials. Online long-form articles need to use interactive graphs and videos to further involve the reader in the piece.

News outlet have begun to integrate interactive multimedia experiences into their reporting of long-form stories. In 2012, the New York Times ran a multi-chapter, multi-media feature story named “Snowfall” on its website. The beautiful design and interactive quality of the content resonated with readers and further proved that long-form journalism wasn’t a dying art form in the rise of the computer age. Rather, in combining in-depth reporting with interactive web content, long-form has only grown in popularity and in accessibility. With three-quarters of Americans owning a smartphone, we aren’t just using our phones to scroll through Instagram and play the latest game; we are using it to access the news. In 2016, 74,850 news articles were accessed through cell phones by over 71 million unique visitors, and 24% of articles viewed were long-form.

So what does the evolution of long-form into an interactive reader experience mean for public relations?

It means that telling your client’s story is one thing, but showing it is a whole new ball game. Multimedia assets in the form of video, infographics and data are going to be utilized and asked for by reporters working on long-form stories. Being able to show your story will become increasingly vital through press trips, photo diaries and behind the scene videos. With video content projected to drive 75% of the world’s mobile traffic by 2020, you can believe this will be an ongoing trend public relations professionals will need to harness over the coming years.

Where do you think long-form will go from here?  Let us know in the comments below or tweet us at @BIGfishPR .

Should I Stay or Should I Go? A Guide to Knowing if You Should Change Jobs, and How to Pick the Right One