How Brands Are Interacting With GenZ

Marketing to the youngest generation has always been a challenge. According to GenZ, trends come and go so quickly, it’s hard for brands to catch on. So, what do teenagers find cool? I have no idea. But the people at Google are trying to crack the code to GenZ with their new report outlining the coolest trends, tech, and brands according to the world’s newest generation. Will this new data help public relations and marketing professionals reach this audience? Let’s dive in.

Have you ever walked down the street and noticed almost every teenager is looking down to their smartphones? It’s a problem for pedestrians everywhere. GenZ is the first generation to have access to smart devices for most (if not all) of their lives. Members of the GenZ generation receive a smartphone nearly four years earlier than those born between 1993-1999 and eight yea 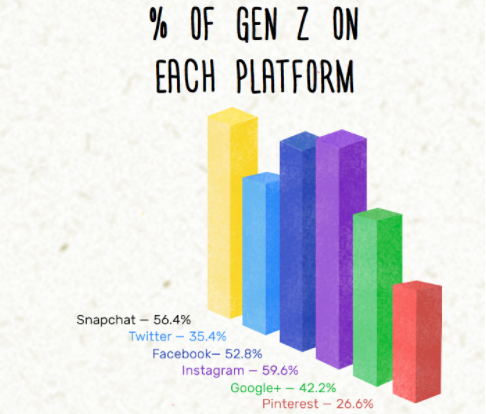 rs earlier than those born between 1983-1992! Thus your ten-year-old cousin that is way more tech savvy than you’ll ever be. This explains why kids these days are afraid to pick up a phone and call someone; since day one, texting has always been an option for GenZ. But – fun fact – more people between 18-24 are using smartphones than those born in GenZ by nearly 10%. Does this mean all the social media campaigns (mostly accessed via smartphone) PR and marketing pros aimed towards GenZ aren’t bringing results? Not necessarily. While the number of teenagers using smartphones is lower, they are engaged on social platforms more than the older generation.

Beauty & Fashion
Having a sixteen-year-old sister, I understand how quickly today’s trends come and go. What I don’t understand is why, and that may be something I’ll never understand. But now, thanks to Google, I can at least understand what brands and trends GenZ is talking about most. In the world of beauty, it’s now a “trend” to be yourself, because you are beautiful (shouldn’t that always be a trend?). And apparently, shoes are the best way to show off your “cool” status. In the beauty/clothing/fashion category, 30% of teens polled said shoes were the coolest. And the coolest of the cool shoe brands are Jordan, Converse and Vans. And for Generation Z, what’s cool is also a “representation of their values, their expectations of themselves, their peers and the brands they hold in the highest regard.” So being cool is pretty important.
Media & Entertainment
Teens don’t rely on good ol’ cable television anymore. It’s all about the top streaming platforms for GenZ these days: YouTube, Netflix and Hulu. (Spotify came in third but only streaming music, not video.) Since streaming platforms (with limited commercial interruption) have taken over the game, what happened to commercials? Does anyone even remember those? Brands are now opting for other ways to reach younger audiences. Remember the Acuvue television commercials you saw every five seconds back in the early 2000s? (Probably the reason most of the BIGfish team got contacts.) Those are a thing of the past. Hubble, the newest contact brand on the scene, focuses solely on social ads and recently raised $16.5 million to continue disrupting the contact industry – so their ad strategy must be working for them.

Sports & Food
What is the best way to get GenZ out of the house and off their smartphones? Sports! Teens love to get outside and connect IRL (did we use that right?) but only if it’s doing (or watching

) physical activity. Most teens polled prefer to watch football and basketball, but prefer to play soccer, basketball or run. We all remember Oreos clever Super Bowl tweet in 2013 when the stadium experienced a power outage. Nabisco knew most of the country was watching the football championship and took full advantage with a tweet (and therefore free advertising) that went ultra-viral.
When teens aren’t enjoying the great outdoors, they love to eat pizza. Pizza, Oreos, chips and ice cream are all the rage right now. And would you believe us if we told you teens get 17% of their calories from fast food? (Of course, you would.) Below are just some examples of how fast food companies are interacting with teens on social media, including, of course, the newly famous Wendy’s chicken nugget boy. #nuggsforcarter 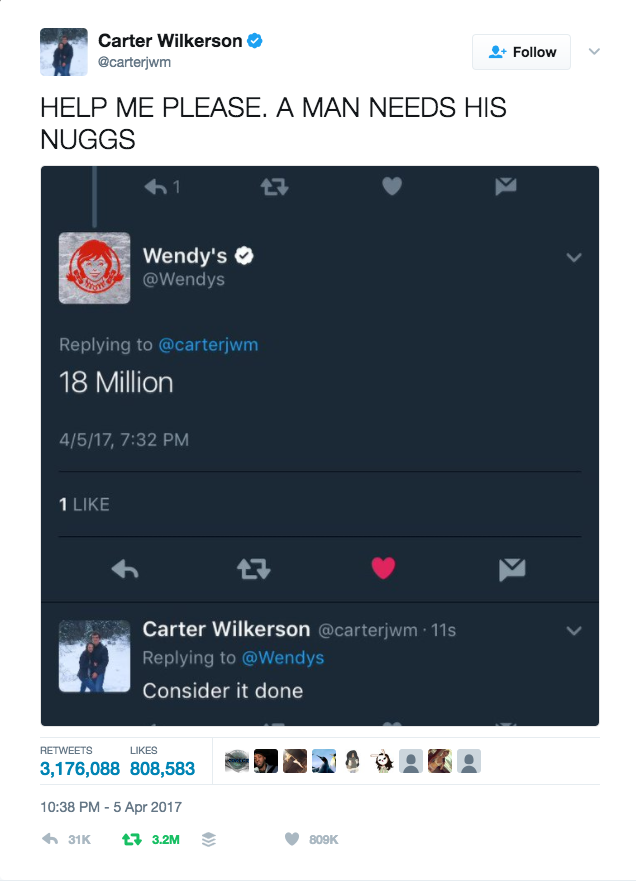 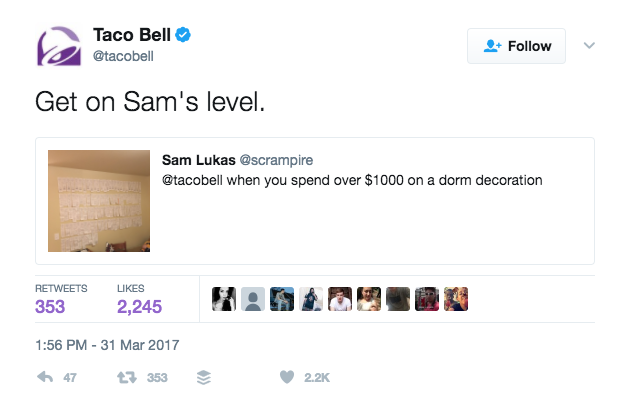 Knowledge & Stuff
According to Google, teens love books and knowledge just as much as they love video games (yes, really – see page seven if you don’t believe me.) Netflix jumped on the knowledge

train by bringing back one of our favorite scientists, Bill Nye the Science Guy (Bill, Bill, Bill, Bill!). Bill Nye Saves the World features guests hosts like Karlie Kloss with appearances by Zach Braff, Hunter Pence, and Steve Aoki. It’s safe to say Netflix has done its research, and combining science with celebrities and nostalgia is genius.

Stick to what you’re doing (if this is what you’re doing). The data Google supplies solidifies what we already knew – teenagers LOVE their smart devices. Most public relations and marketing professionals have figured out the best ways to target this demographic are through social media and viral online content. And thanks to Google, we now know what’s on the minds of thousands of teenagers all over the world. This enables us to find the best influencers, celebrities, and media outlets to reach out to for specific campaigns and can help drive social media strategy if those GenZers are on your target audience list.
You can read more about GenZ and their coolness here. Is there a section of this report you find surprising? Let us know in the comments or tweet us @BIGfishPR!