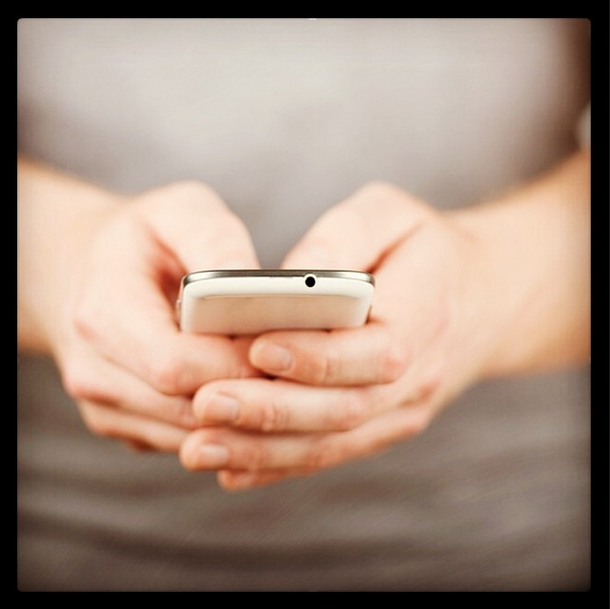 As the new year approaches, BIGfish is looking ahead at what 2014 will bring. So far, we’ve discussed two social media predictions for the new year: the importance of visual content as well as an increased influence of Twitter. For our third social media trend prediction, we’re discussing social media’s move to mobile, so here are some ways social media managers can take advantage of this shift.

A recent survey found that 25% of smartphone owners ages 18–44 say they can’t recall the last time their smartphone wasn’t next to them. As a result, social media platforms are jumping onto the move to mobile with app versions that give desktops some serious competition. Big names like Facebook and Twitter are rapidly changing to adapt to a smartphone dominated world and paving the way for mobile to become the new go-to access point for social media. As more and more users use their mobile devices to access social media, it’s important for marketers to be aware of the new opportunities mobile apps present.

As stated by CEO Mark Zuckerberg, Facebook has become a mobile company, and it expects mobile usage and revenue to surpass that of desktops in the near future. Of Facebook’s billion plus monthly active users, 189 million are “mobile only,” explaining why 41% of advertising revenue comes from mobile ads. Mobile Facebook ads can target specific markets based on demographics, interests, Likes on Facebook and even a relationship status. By using these targeting tools, marketers can tailor the message of an ad to appeal to a specific group. This then increases the chances that users will be interested in the ad, click on it and Like the page.

Another great option for marketers are Facebook’s Mobile Sponsored Stories, which prominently feature friends’ engagement with that page or app, increasing the likelihood that users will trust and click it. Mobile Sponsored Stories generate a click through rate 13 times the rate of Facebook’s desktops ads, creating a big opportunity to generate brand awareness through mobile.

Mobile ads give much room for creativity, but it’s important to remember to design an ad with the mobile user in mind, making sure it looks great on the smaller screen of a smartphone. Also, remember that Facebook ads are most effective when they link back to a page within Facebook, like a profile or event page, depending on the call to action. Use eye-grabbing designs with less text, tailor ads to the specific users’ interests and likes, and feature a strong call to action to increase click through rates. With a little creativity, some research and analytics, mobile Facebook ads will be cost-effective ways to reach new customers in 2014.

Twitter is another social media giant that has seen significant movement to its mobile app, with more than 75% of its 218.3 million monthly active users visiting on mobile devices. Twitter’s Senior VP of engineering said that Twitter has a history of being mobile-first, so “we make sure every place we’re building a product, we’re building it onto mobile devices.” Mobile accounts for 65% of Twitter’s total ad revenue, proving that Twitter’s “most engaged users are generally those who access Twitter via…mobile applications.” Twitter’s primary ad products are promoted accounts, promoted tweets, and promoted trends, which are all relatively easy for advertisers to set up. Like Facebook ads, Twitter ads can target a super specific audience, enabling advertisers to reach their desired group.

The folks at Twitter are making huge investments in mobile, such as their September acquisition of MoPub, the world’s largest mobile ad exchange. MoPub allows Twitter to fundamentally change how mobile ads are purchased, thus Twitter may become the leader in social ads on mobile. With the help of the new ad exchange, advertisers can better target specific users with extreme detail based on tweets, accounts they’re following, websites visited, and more. With new technology on its side, Twitter may become the most targeted mobile ad medium, so keep an eye out for changes in mobile ads and how they can best be integrated into a marketing plan.

As of October 2013, there were one million apps available in the iTunes Store and 60 billion total app store downloads. In one way or another, almost every business is linked to a mobile app; whether it’s checking in at Target on Foursquare or posting a photo of a Starbucks’ latte on Instagram. Businesses can engage mobile users through apps with a call to action, a discount code, or a simple check-in. Always include share buttons at the end of web pages and articles to make it easy and seamless to share via mobile devices. Encouraging visitors of a business to post on social media creates buzz that often feels more authentic and reliable than an ad.

Businesses can offer discounts and promos for using a hashtag, posting a photo, or checking in to encourage visitors to talk about their brand on social media. For example, A New York restaurant owner encourages diners to use a specific hashtag, and says this involvement makes customers “brand ambassador(s) on behalf of the restaurant.” Mobile users love to frequently share via social media, and marketers can use this to their advantage with creative integration of social platforms and their brand.

Mobile Is Here to Stay

As we move into another year dominated by social media and smartphones, BIGfish suggests utilizing mobile migration to your advantage. Social media allows businesses of any size to reach wide or specific audiences with creative ads that foster engagement and create brand awareness. It also offers an opportunity to have some fun and get creative. Give customers something to photograph and suggest they tag you on Instagram. Remind visitors to check in on foursquare. Encourage mobile users to mention you on Twitter by rewarding them with a discount. Whatever you do, don’t overlook the potential of mobile, or you could be left behind in 2014 and the years to come.

What Do You Think?

What has your experience been with ads on social media? Will desktops become obsolete for social media? How else do you think mobile will grow and change next?

Check in next week to find out our next social media prediction for 2014!