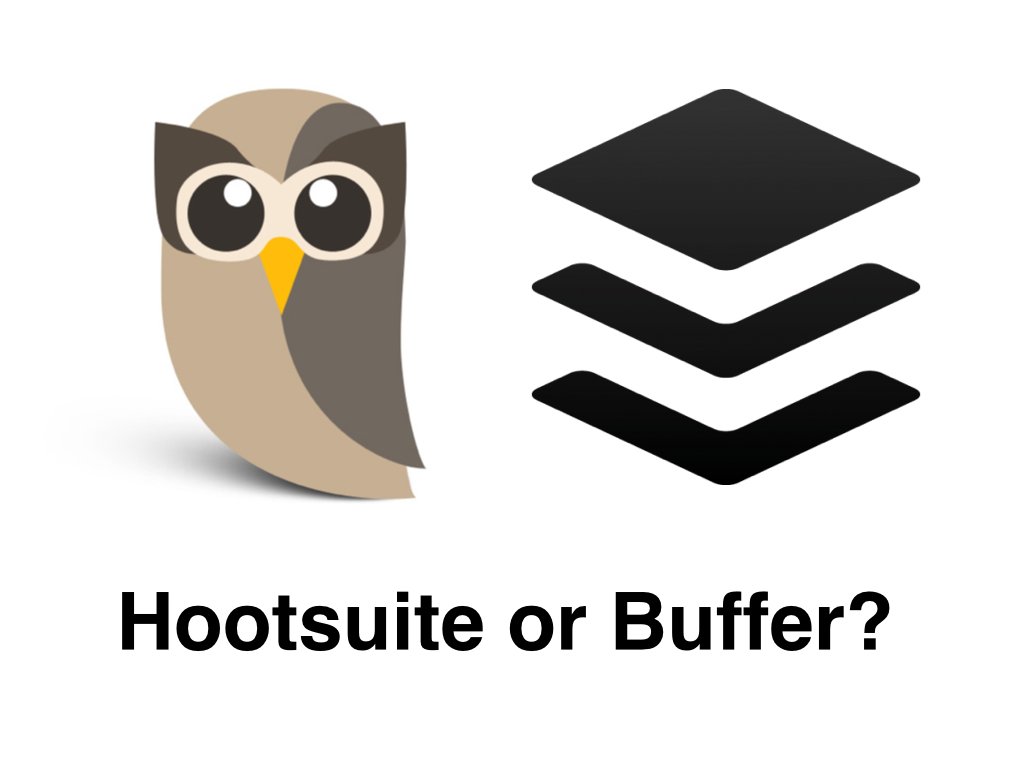 If you use Twitter, chances are you’ve heard of Hootsuite. The social media management system is one of the most popular social media tools for brands, enabling users to schedule, listen and engage all in one place.

Although we’ve been using Hootsuite for years at BIGfish, we’re constantly on the lookout for new tips and tools for managing our clients’ Twitter profiles. The newest tool we’ve added to our arsenal is Buffer, a platform for scheduling and analyzing tweets (and Facebook posts, if you’re so inclined). But which tool is better? Let’s find out!

Why It Matters: For me, scheduling is hands-down the most important feature of a social media management tool. There are about 128 hours a week when I’m not at my desk, which translates to 128 hours of potential missed opportunities. Scheduling posts in advance is critical to ensure your profiles are always active – even when you’re not!
Hootsuite: Scheduling is pretty run of the mill with Hootsuite. To schedule a tweet, you either write it directly in Hootsuite or use the somewhat clunky Hootsuite extension. Rather than notifying you when you’ve hit 140 characters, Hootsuite simply cuts off your tweet with an ellipsis – making your tweet look sloppy and potentially removing vital information. Hootsuite does have a nice “Auto Schedule” feature, which pre-selects a time for “optimal impact,” but I found myself selecting times anyway to ensure tweets were properly spaced out. 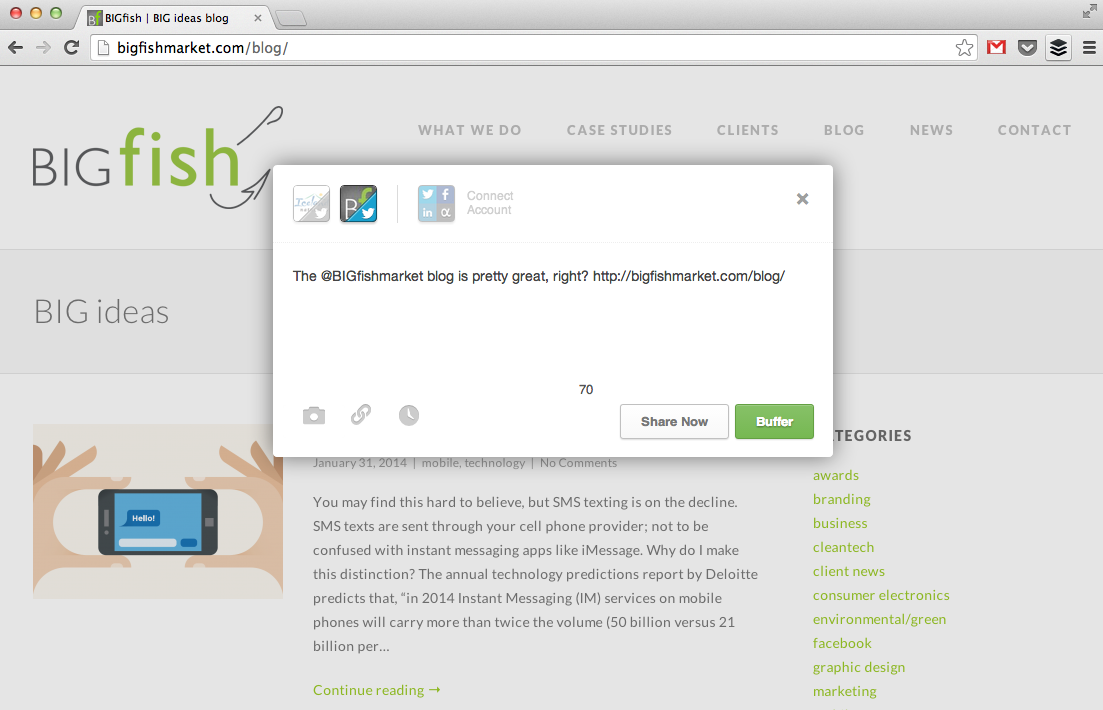 Buffer: Buffer definitely takes the cake on this one. First off, Buffer lets you set up a daily posting schedule for when you want your tweets to go out. For example, you can set it to automatically schedule your tweets at 9 a.m., 3 p.m. and 5 p.m. Monday through Friday and 2 p.m. on Saturday and Sunday. If you want to send a tweet at a custom time instead, that’s always an option as well. Second, Buffer’s Chrome extension is just amazing. Once it’s installed, scheduling a tweet is as simple as clicking the Buffer icon in your browser – the extension will then automatically make that webpage into a tweet. If you have text highlighted, it will pick that up too and insert it as a quote before the URL. You can even right click any image on the web and select “Buffer This Image” to tweet it! More on this later, though. 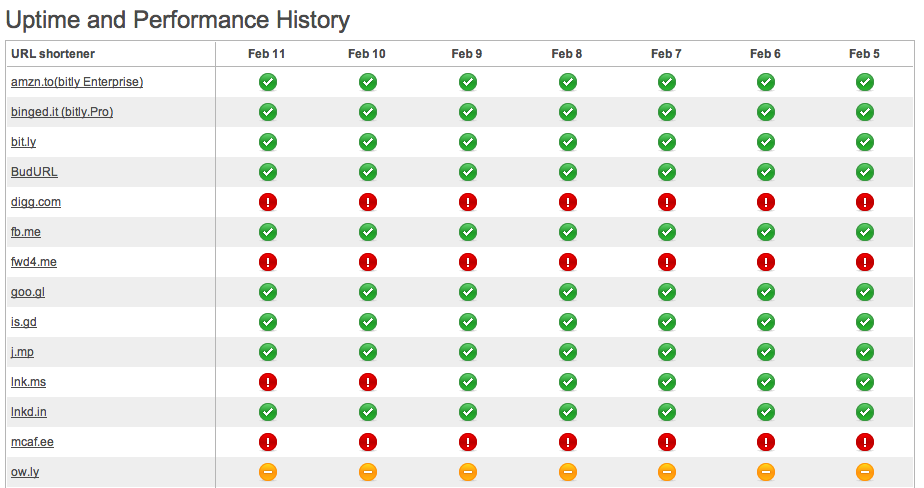 Why It Matters: Believe it or not, the way you shorten your links is important. Take a look at the recent performance history for common URL shorteners and you’ll see what I mean. From February 5-11, bit.ly was operating normally, while ow.ly has had performance issues everyday. Which URL shortener would you rather be using?

Hootsuite: Unfortunately for Hootsuite, its default URL shortener is ow.ly. Your other options are ht.ly, owl.li and htl.li – none of which are even considered the most popular URL shorteners (meaning they’re probably less likely to get clicked).

Buffer: Looks like Buffer wins this one as well. Buffer lets you select your default shortener as the well-known bit.ly, and also offers buff.ly and j.mp.

Why It Matters: Sharing pictures via social media has always been a great way to drive engagement, especially when you have a client like Iceland Naturally. And now that Twitter automatically expands photos, tweets with photos are 2x as likely to get retweeted.

Hootsuite: Herein lies Hootsuite’s fatal flaw. The platform does not offer a way to schedule tweets with pic.twitter images, which was the ultimate deal breaker for me. Technically, you can still share images in Hootsuite – however, they will show up as ow.ly links rather than as embedded images, meaning they will not automatically expand or even show up in Twitter unless someone clicks the link.

Buffer: One of my favorite things about Buffer is how easy it is to schedule tweets with pic.twitter images. There are a couple of ways to do it: by directly uploading an image in the Buffer app; by right-clicking an image on the web and Buffering it with your extension; or by retweeting someone else’s tweet with an image. Buffer also allows you to turn off link shortening at anytime, ensuring that your image will show up as an embedded pic.twitter image rather than a bit.ly link. Now I know why they call it “The Awesome Plan.”

Why It Matters: Keeping track of what your followers are saying on Twitter is essential to maintaining a successful Twitter account. Not only is it important to monitor your @mentions, but it’s also a good idea to keep an eye on what similar brands and companies are tweeting about.

Hootsuite: It’s your time to shine, Hootsuite! Social media monitoring is definitely one of Hootsuite’s strong suits, primarily thanks to its ability to create various streams. The interface makes it incredibly easy to get a quick preview of what’s going on in the Twitterverse. Beyond simply creating streams for your @mentions and sent tweets, Hootsuite allows you to set up custom streams based on keywords, phrases or lists. For example, we have a stream that displays every tweet containing #Iceland and a stream that displays tweets from our Twitter list Made in Iceland, among others. You can learn more about the various capabilities of Hootsuite streams here.

Buffer: Buffer doesn’t have much to offer in terms of listening. It’s meant to be a scheduling tool, and it focuses on perfecting that function. Points go to Hootsuite on this one.

Why It Matters: Do I really need to explain this? Analyzing your tweets’ performance is the final crucial step in running a successful Twitter account. From retweets to mentions to favorites, there are several key metrics to study when determining how to improve your engagement rates and follower counts.

Hootsuite: Depending on how much you’re willing to spend, Hootsuite can offer a wide variety of analytics tools. With Hootsuite Pro, your analytics reports are customized to your liking, but limited based on how many “credits” you have available.

Buffer: The analytics tools in Buffer are basic but solid. While you can see the number of retweets, favorites, mentions, clicks and potential reach for any given tweet sent through Buffer, The Awesome Plan does not offer a more comprehensive summary of how your Twitter account is doing.

As you can see, Hootsuite and Buffer each have their pros and cons. If I had to pick one, it would definitely be Buffer – their scheduling tools are hard to beat! But overall, I’ve found that using a combination of both tools is the best way to manage our various Twitter accounts. Hootsuite obviously shines in the listening department, whereas Buffer edges out the competition with its intuitive scheduling tools and clean interface. Neither is particularly great with analytics, but then again, that’s not really what these tools were created for. There are certainly additional solutions out there that can do it all, but we tend to gravitate toward low-cost, flexible options instead.

What social media tools do you use? Do you have a preference for Hootsuite vs. Buffer? Tweet at @BIGfishmarket to let us know what you think!