We know sometimes it’s hard staying up-to-date with the latest world and technology news, pop culture happenings and work assignments, all while having enough time to watch the three hour Bachelor episode this week (this can’t just be us.) So, to take one item off of your mental to-do list, we’re back again with another round-up of the latest news, trends and updates in the tech world. 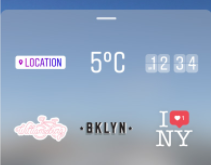 Instagram has quickly become one of the best and most popular social media apps, especially after the Instagram Stories function was added last year. With their latest update, Instagram is taking another page out of Snapchat’s book with geo-stickers available for Instagram story posts. As of right now, this option is only available for users in New York and Jakarta, Indonesia, but soon enough, we’re sure that users far and wide will adorn their Stories with these new geo-stickers.
In anot

her update since our last tech round-up, Instagram unveiled slideshows, allowing users to upload multiple photos to one post. Brands have been able to use this tool for advertisements for some time, but it wasn’t available for all users until now. Viewers can swipe through the different images and see who is tagged in each picture. However, there is only one caption, one count of likes and one place to comment. Feedback of this new element seem to be mixed. Some people are excited they are free from the judgment of posting multiple pictures in one day, but others are not as fond of likes being grouped together for the entire slide show (especially celebrities who get paid to post certain endorsements). Time will tell if loyal Instagramers wholeheartedly take to the latest updates or not.
Of the most popular social media apps, Facebook users tend to post their opinion and emotion-driven thoughts on this platform. Although it is hoped that most posts are positive and happy, Facebook is trying to do something about the negative and concerning ones that also occur. Worldwide, suicide is the second leading cause of death among people ages 15-29 years old. Because of this, and that age group’s involvement on Facebook, the company is encouraging other users to offer help and give advice when somebody could use it. In partnership with the Crisis Text Line, the National Eating Disorder Association and the National Suicide Prevention Lifel 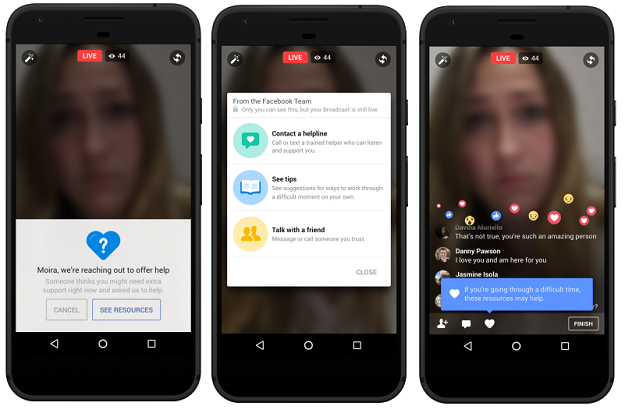 ine, the site’s latest update expands its tools for suicide prevention, first introduced in 2011. The new update includes additional tools and resources to better help people who may be thinking of suicide. For example, if you’re watching a friend’s live video and they say something concerning, you’ll now easily be able to reach out to them and report the video. This does not stop the video, but instead provides a set of resources to the person while they’re livestreaming. Every little thing helps those who suffer, and we are glad Facebook is doing their part to help.

Since its popularity erupted, things have been all but smooth sailing for our once favorite go-to transportation app. Uber has taken hit after hit, controversy after controversy, one PR nightmare after another, and users have responded to all of this negativity by deleting the app and terminating their use of the service. In the past three weeks alone, Uber has dealt with a crazy amount of controversies. Susan Fowler Rigetti, a former engineer for the company, wrote a blog post explaining that she was sexually harassed by her male boss and HR failed to do any

thing about it; a new engineering SVP, Amit Singhal, resigned after announcing that he failed to share that he was accused of sexual harassment at his previous employer, Google; and Uber CEO Travis Kalanick was caught on camera – in an Uber – having a heated argument with the driver about fare prices, wages and how the company is being operated.
The company hired former US Attorney General Eric Holder to investigate the sexual harassment issues that seem to be occurring more frequently than not throughout the whole company. In a company-wide email, later made public, Kalanick apologized for his behavior, saying he was ashamed and that, “this is the first time I’ve been willing to admit that I need leadership help and I intend to get it.” All eyes will be on Uber as they continue this battle internally with their employees, as well as externally with the consumers who have made the company what it is today.

Just last week, Snap Inc., the parent company of Snapchat, went public, making it the biggest US technology IPO since Facebook. Ever heard of Twitter? Well, Snapchat debuted in the public market with a worth three times what Twitter was valued at that day. Although the company started off with a 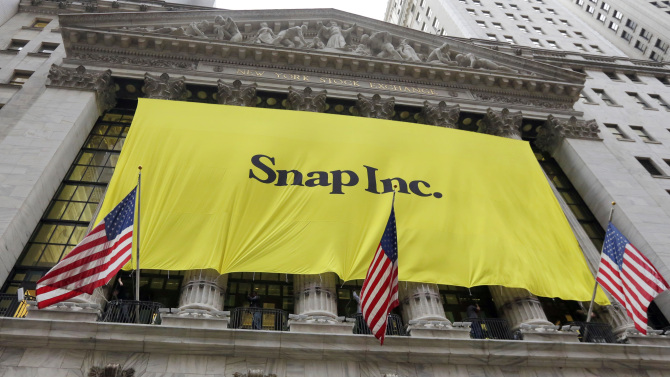 bang – skyrocketing 44% in its first day of trading – the stock fell a bit this week. Why? Experts believe the initial excitement has faded, and investors are concerned with the company’s ability to grow as much as it should.
Of the 160 million visitors daily, Snapchat has a loyal user base comprised mostly of teens and young adults – Millennials and Generation Z-ers. Guess who scooped up a lot of the Snap, Inc. stock? That’s right – young investors. For many of them, it’s their first real experience with the stock market, especially as investors themselves. Financial advisors, stock market watchers and investors will be watching Snap, Inc. in the coming months to see if it really lives up to all of the hype or if it’s just another social media company that fails to successfully go public.
Did you snatch up any Snap, Inc. stock? Have you deleted your Uber app? What do you think of Instagram’s slideshow feature? Let us know by tweeting @BIGfishPR! Make sure to check back on the BIGblog to keep up-to-date on all the hottest tech news.