The expression “content is king” gets thrown around a lot in today’s digital world, but there’s no denying that consumers want and are willing to pay for quality, easily accessible entertainment. The demand for these services is high and continuing to rise—Netflix recently released its second quarter earnings, which showed the company surpassed 50 million members and generated $1.1 billion in revenue. With users spending 29% of their time online consuming video content, it’s not surprising that a new market has emerged, making it easier for consumers to more comfortably spend hours streaming their favorite shows. Why watch something on a bulky laptop or tablet when you can seamlessly view it on your television? Enter the world of wireless streaming devices.
According to a 2013 IHS report, by 2017 “the installed base of video-enabled devices that are connected to the Internet…will expand to 8.2 billion units.” For those keeping track at home, that’s more video-enabled devices than there are people on the planet. With the market becoming increasingly saturated, navigating the technical landscape and differentiating between devices can prove a tedious task. The BIGfish team evaluated the biggest players in the game, so you can pick the device that’s right for you and better enjoy those binge-watching marathons.
Apple TV ($99)
In true Apple fashion, Apple TV boasts a streamlined and simple design with its clean lines and rounded edges. The small black box runs via AC power cord, connects to your HDTV via an HDMI cable (sold separately), and is controlled by a remote control (included) or via AirPlay, which transforms your iPhone or iPad into a TV remote. Apple TV provides users with access to all content in the iTunes Store, and the ability to watch programming from a plethora of outlets including, but not limited to: Netflix, Hulu Plus, HBO GO, PBS, ABC News and the Weather Channel. Note that while you have the ability to watch content from premium providers like MLS Live, NHL GameCenter and The History Channel, a subscription is required (the same applies to Roku, which we’ll see shortly).

BIGfish Account Manager Jacqui Johnstone shared her thoughts about Apple TV: “For me, one of the best things about Apple TV is how well it syncs up with the rest of my Apple devices. I can stream YouTube videos from my iPad using AirPlay, or turn my iPhone into a remote. Another minor bonus: the screensaver automatically pulls pictures from my Photostream.” 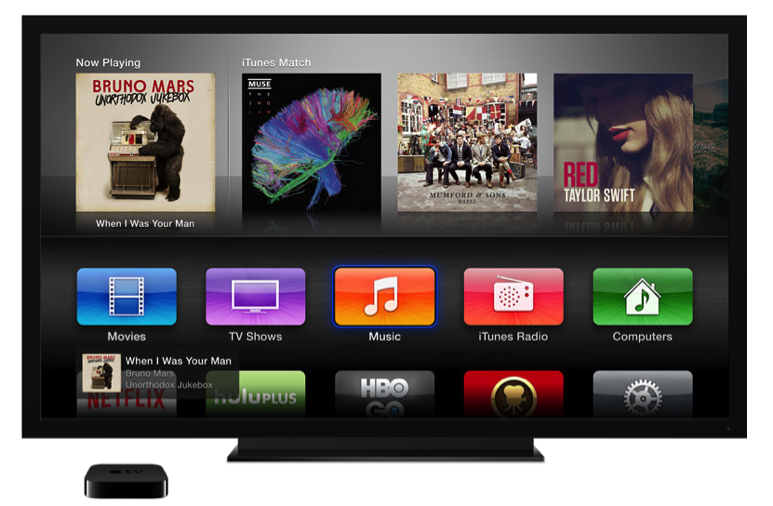 Chromecast ($35)
If you’re at all familiar with a USB flash drive then you’re more than qualified to use Google’s Chromecast. Just plug the small device directly into the television’s HDMI port, download the Chromecast app on your portable devices and begin streaming. A small image shows up in the corner of the apps that support Chromecast (Netflix, Hulu, YouTube, HBO GO, Watch ESPN, among others); just click on that and the content gets sent to the television.

Unlike the Apple TV and Roku, which allow users to make selections directly on the TV, the Chromecast does not have any type of interactive home screen and must be controlled via a supported app. Personally, I can hardly keep track of my bulky television remote, so trying not to lose something as small as the Apple TV remote seems virtually impossible. I always have my phone or iPad nearby, so with Chromecast there’s no worry about misplacing a remote and not being able to stream. Another plus is that you can close out of an app like Netflix and use your device for other tasks without interrupting the streaming. While Chromecast offers fewer supported apps than its competitors, for those who almost exclusively watch Netflix or Hulu, Chromecast provides a simple, easy-to-use solution. 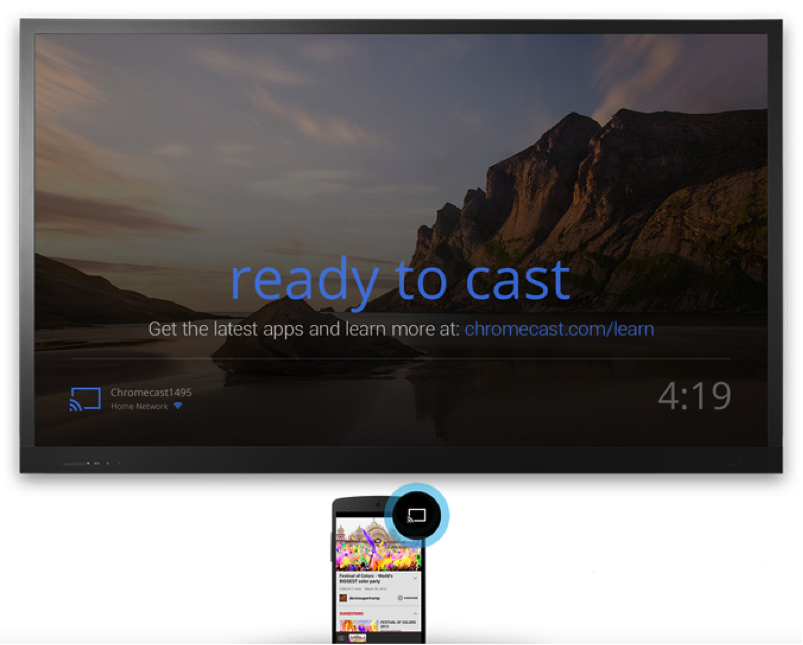 Roku ($49.99-$99.99) Roku is the original streaming device, with the first version released in 2008. Since then, the product line has expanded. With four different options ranging in price from $49.99 to $99.99, the Roku line has something for everyone. Roku has the largest line-up in terms of channels—they currently offer over 1,000 entertainment channels stemming from the expected, like Netflix, to the more unique, like iHeart Radio. Roku’s four options, the Streaming Stick (most similar to Chromecast), Roku 1, Roku 2 and Roku 3 work similarly to the Apple TV, but vary in their processor speeds, remote capabilities and motion control for gaming. A unique feature of the Roku 2 and 3 is the remote with a headphone jack for private listening—now you won’t disturb others with your marathon Orange is the New Black sessions! 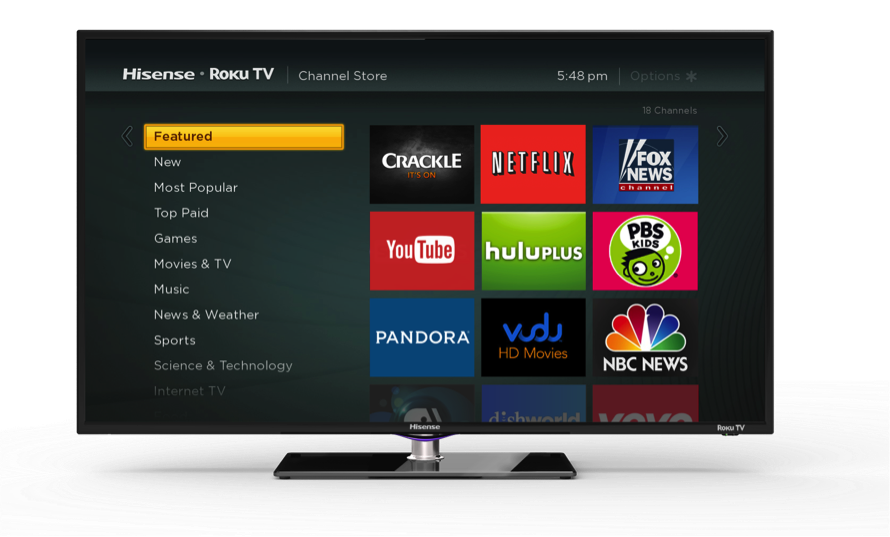 Final Ranking: As you can see, coming up with cons for the Roku was challenging. The robust product line, impressive channel offering and streamlined interface make it a sound option for those who have a desire to access content across a variety of channels. The ability to control Roku through their provided remote control or via Android and iPhone applications provides users an even more customized experience.
If simplicity is most important to you, then Google’s Chromecast is the device for you. It’s an affordable option without all the bells and whistles that its competitors offer; it’s not fancy, but it gets the job done.
If it were up to me, I probably wouldn’t buy the Apple TV. They charge $99 because it’s Apple and people are willing to pay, but for the same price (or less) the Roku is a more powerful and innovative option.
Click here for a detailed side-by-side comparison. What’s your go-to streaming device? Let us know on Twitter.
–Bristol Whitcher