Think Local, Buy Local: How Boston is Quickly Becoming the Most Sustainable City in the Country 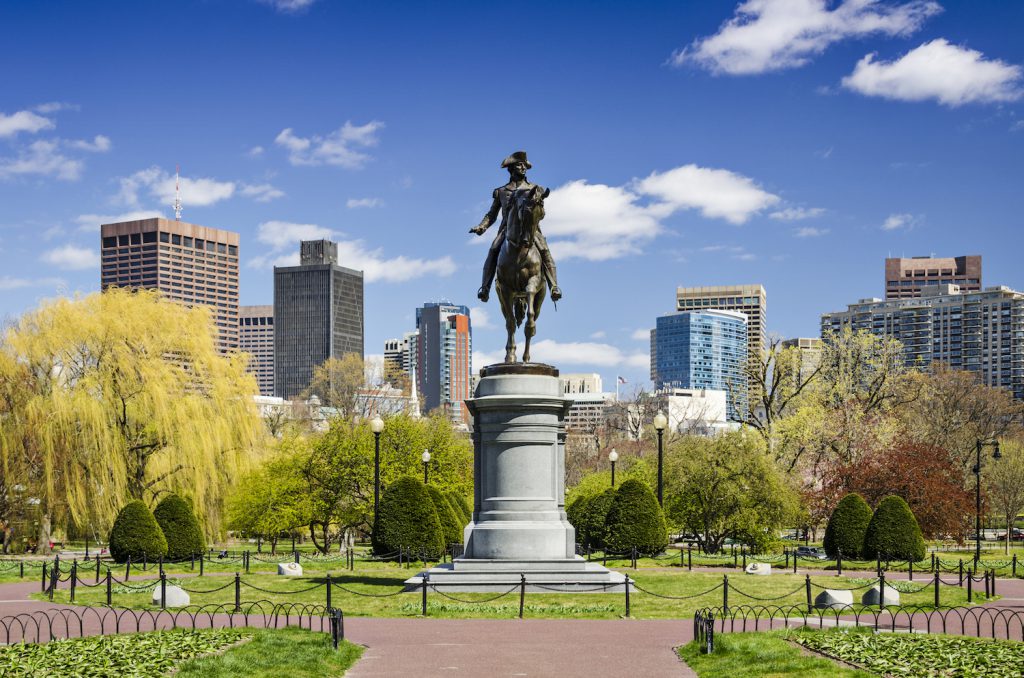 Sustainability, at its simplest and most fundamental level, is defined as “a city’s or country’s ability to sustain, or its capacity to endure.” But, in a world filled with one too many harmful fertilizers and pesticides, is it too late for cities to introduce sustainable food markets and implement successful environmental policies and programs? Is it too late to endure? Many would argue that it is. But for those individuals that still have faith in the power of human innovation and the will to survive, a beacon of hope can be found in Boston, Massachusetts.
More than just a sports-obsessed city, Boston is also one of the most sustainable. For years, the city has been establishing green initiatives as well as a “think local, buy local” mindset, in an attempt to promote social, corporate, and environmental sustainability. Over this past year, Boston has established a network of sustainable food initiatives and events to support local farmers and artisans and minimize the city’s overall ecological footprint on the planet. This past summer, Boston introduced the New England Local Markets program. The most popular of these markets is SoWa, open every Sunday in Boston’s historic South End. The biggest draws for Bostonians is SoWa’s Farmers Market, which features an assortment of locally grown produce, flowers, and specialty goods, and the Arts Market, a mecca for handmade products like fine art, jewelry and ceramics, sourced from the region’s best artists and designers. If the South End is a tough commute, Bostonians can visit similar markets like the Greenway Open Market, the Cambridge Open Market, and the Salem Open Market!

Following this think local, buy local mindset, the city of Boston constructed the Boston Public Market this past year. Believe it or not, the Boston Public Market is the only locally sourced market of its kind in the U.S.! Featuring farmers, fishermen, and food producers from all over Massachusetts and throughout New England, the Boston Public Market offers a year-round opportunity to taste what the region has to offer from fresh produce to baked goods and everything in between. Not to mention, with over 35 vendors on-site Wednesday through Sunday, the market strives to support and sustain local workers and communities.

Boston is also home to the nation’s largest local food festival! The Boston Local Food Festival is a free outdoor festival that features local farmers, restaurants, speciality food producers, fishermen and organizations all focused on sustainable food practices. Festivalgoers will have the opportunity to learn about the benefits of sustainably grown and produced food as well as  engage with local top chefs. The festival is also a “zero-waste” event to boot. Every year, the festival diverts 91% of its waste and offsets 100% of its energy use. Interested in attending the festival? This year’s event took place on Sunday, September 20; learn more here!
On top of advocating sustainable food practices, Boston goes above and beyond with its energy conservation projects and initiatives. As the first city to adopt Green Building Zoning and require adherence to LEED standards, Boston has been ranked as the most energy-efficient city in the United States. Take, for example, the city’s “Green Roof Demonstration Project.”

A $30,000 endeavor, this project seeks to promote environmental awareness and energy efficiency through the installation of 150 plant-trays on the 8th and 9th floor terraces of City Hall, with more gardens to come in the next few years. Or, look at the Allston Green District, a highly-sustainable series of apartment complexes established in 2012. Featuring green-friendly amenities like a hubway bicycle rental station, on-site Zipcars, and solar panels, this development enables tenants to minimize their carbon footprint.
Speaking of footprints, let’s not forget about Boston’s alternative transportation programs like the “Complete Streets Initiative”. Established in 2009, this initiative focuses on creating the safest and most sustainable transportation routes throughout the city. Pedestrians, bicyclists, and public transit users can share a uniquely designed road that is not dominated by cars. The initiative also incorporates sustainable elements like rain gardens, bio-swales and permeable surfaces to reduce flooding and pollution, further minimizing the environmental impact that Boston has on the planet.

So, I ask again, is it too late to endure? Seems to me that Boston doesn’t think so. As a city that has shown time and time again the will to survive, other cities can stand to learn a thing or two from us. If we want to take a step in the right direction, if we want to truly save the planet from ourselves, then I suggest everybody first starts by taking a page out of Boston’s sustainability manual.
What do you think? Did we miss any of your favorite markets or local programs in Boston? Comment below or tweet us @BIGfishPR to let us know!
Tags:
Boston Eco-Friendly, Boston Environmentalism, boston local, boston sustainability, green boston
Facebook
Twitter
Pinterest
LinkedIn