Boston’s NEW Waterfront: Bringing Innovation and Culture to The Hub 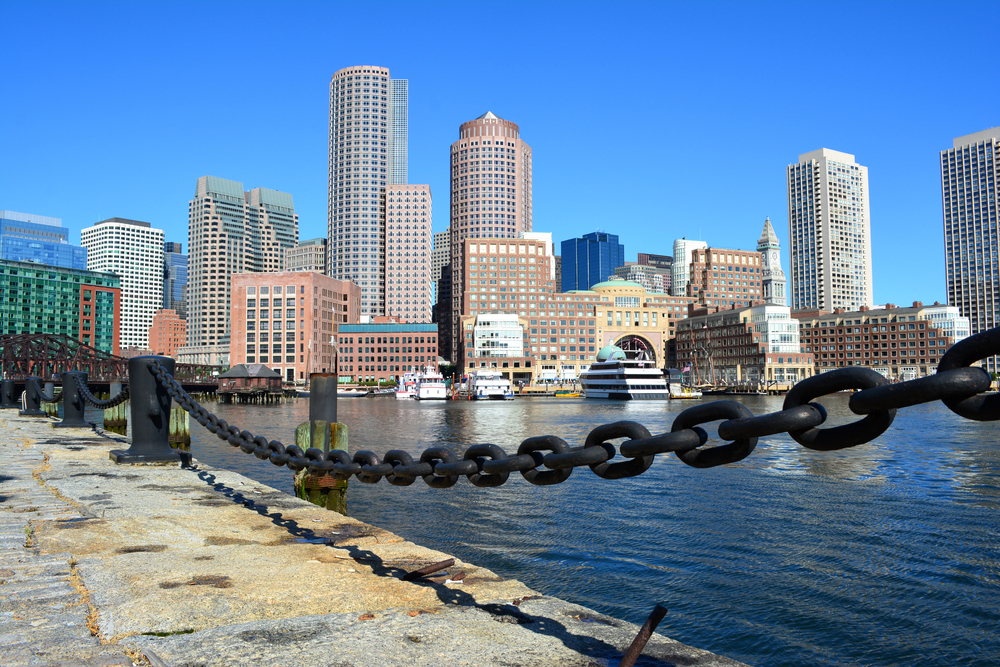 When you think of Boston, you probably picture walking along the cobblestone streets of Beacon Hill, tasting the delicious Italian food of the North End or hearing the roar from Fenway Park as you stroll down Queensbury Street. This is quintessential Beantown-some of the oldest and most historic neighborhoods in the city. They are what draw thousands of tourists to Boston every year, and I can almost guarantee they’re the backdrop in any Boston-based movie you’ve seen. While we Bostonians love these neighborhoods, we often forget to pay our respects to the other niche communities that contribute to this vibrant urban setting, specifically the up-and-coming NEW Waterfront.

Some may call it the Seaport District, the South Boston Waterfront or the Innovation District. Whatever the name, this 20-block neighborhood stretching from Congress St. down Seaport Boulevard is quickly becoming the go-to spot for Bostonians young and old to enjoy great food, art, museums, entertainment and much more. It’s also one of the most innovative and sustainable neighborhoods in the city, with dozens of new projects helping to boost the local economy and produce a greener urban environment. While the NEW Waterfront is really one huge neighborhood, it’s comprised of several smaller areas that each bring their own individual flair to the area.
Fan Pier
Fan Pier is the destination for any art guru, as it is home to the famous Institute of Contemporary Art (ICA). Acting as the catalyst for contemporary art in Boston, the ICA has become one of the most acclaimed art museums in the world. Fan Pier is also home to the famous Volvo Ocean Race and annual Extreme Sailing competitions.

Fort Point Channel
Here you will find New England’s largest and most established artist community, along with an array of museums and restaurants. The scenic water views also make Fort Point Channel a great place for anyone looking to get away from the hustle and bustle of downtown Boston. Take a stroll down the iconic Harborwalk, a nearly 39-mile pathway connecting the piers and shorelines of the Boston Harbor, or rent a kayak and paddle down the Massachusetts Bay.
Seaport Square
The largest development project on Boston’s NEW Waterfront, this multi-million dollar initiative connects and transforms Fort Point, Fan Pier, Pier 4 and Waterside Place developments into a more walkable and unified district. The pedestrian-centered trail leads from the BCEC to the ICA, and consists of gardens, art galleries and seasonal exhibitions like this past summer’s Lawn on D. The Lawn on D is an outdoor event center situated next to the BCEC. Designed to encourage public engagement and foster creativity, the Lawn on D features local art, music/concerts, games and food from the community.

Pier 4
Pier 4 is the perfect setting for Boston’s socialites. It is home to a slew of luxury apartments and hotels all within walking distance of some of the best clubs, bars and restaraunts in the city. Many of these late-night spots, like Whiskey Priest, feature awesome views of the water and great company!
BCEC (Boston Convention & Exhibition Center)
Built in 2004, this huge center has quickly become a vital economic engine of the Commonwealth, attracting hundreds of conventions, tradeshows and other events annually. Featuring over one million square feet of exhibition space and more advanced technology than any other convention center in the world, the BCEC has made a huge economic impact on the city.
Seaport Place
As the NEW Waterfront’s pioneer project, Seaport Place has become the most developed area in the neighborhood. Home to the Seaport World Trade Center and dozens of restaurants, parks and shops, Seaport Place has helped transform the area into a thriving business community. It is also a top tourist destination thanks to the award-winning Westport Park, home to one of Boston’s first green roofs, and the Eastport Park sculpture garden.
Seaport Place is also home to the Seaport Hotel. As one of the most sustainable hotels in the city, extreme importance is placed on eco-friendly transportation, green initiatives and locally-sourced cuisine. Some of their most notable features include electric vehicle charging stations in all garages, complimentary bicycles for guests, buildings with Sarnafil Energy Smart roofing systems and over 1 million bees that produce natural honey for their restaurants and Honey Ginger IPA.

Waterside Place
One of the most sought-after residences in Boston, Waterside Place is the only tower in the city with a business innovation center at the heart of its foundation. This expansive apartment complex is one of the major contributors to the evolution of the NEW Waterfront as not just a place to visit, but a place to live.
Boston Marine Industrial Park
Although not as culturally rich as other areas in the NEW Waterfront, BMIP powers the innovation district. The 191-acre industrial park houses over 200 businesses and 3,000 employees. Amongst these businesses, one can find world-famous seafood processing and wholesale companies, as well as R&D, life sciences and clean-energy corporations. A $70 million facility currently being built for the BMIP will also revitalize Boston’s seafood processing industry and lead to further economic success for the city.
Liberty Wharf
This is the go-to spot for any self-proclaimed foodie. Home to restaurants like 75 on Liberty Wharf, Legal Harborside, Temazcal Tequila Cantina, Del Frisco’s and Jerry Remy’s, Liberty Wharf offers unlimited choices for all types of palates and culinary preferences.

Drydock Center
Since Jamestown purchased the space in  2013, the former army warehouse has quickly become home to an interesting mix of companies. Among the expansive 1.4 million square foot complex lives a variety of innovative companies, including a synthetic biology lab (Gingko Bioworks) and a joint venture between New Balance, Drydock Footwear Group. Startup accelerator MassChallenge has also taken up residence in the building, bringing with it 128 startup companies looking to make an impression on the District and beyond. Staying in line with the sustainability theme of Boston’s NEW Waterfront, Drydock Center also features two new Hubway bike stations and a Wi-Fi-equipped bus that goes from South Station straight to the building during rush hour!
There is definitely something for everyone at Boston’s NEW Waterfront. From history to art to nightlife, this bustling community has it all. Instead of dining at the usual restaurant, staying at the same hotel or getting drinks from that same-old bar, remember make the decision to switch things up and visit the NEW Waterfront this weekend. You won’t be disappointed!
Have you visited Boston’s NEW Waterfront? What do you think? Comment below or tweet us @BIGfishPR to let us know!