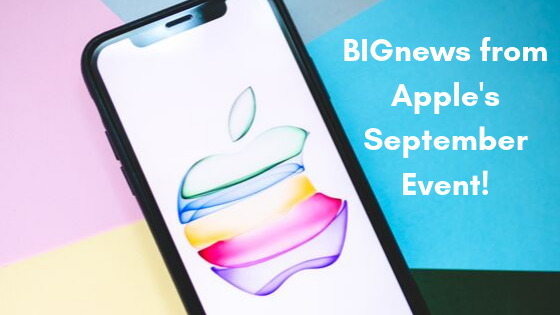 On September 10, the latest Apple event drew the world’s attention as the tech giant revealed their highly-anticipated new products, including new iPhones, a new iPad, and new Apple Watch in addition to new programs. Missed the livestream? Read on to get the scoop.

A Virtual Arcade
The first program that Apple CEO Tim Cook announced at the event was Apple Arcade, a brand new gaming subscription service. For $4.99 a month, users can get unlimited access to thousands of exclusive games for everyone in the family. With a wide variety of games, you’ll be sure to find new entertainment.

Move Over Netflix and Hulu!
Along with the reveal of Apple Arcade, Cook announced another subscription service: Apple TV+. Apple TV+ is a streaming platform that will stream Apple-exclusive content with big name stars, such as Jason Mamoa, Steve Carrell, Jennifer Aniston and Reese Witherspoon, to name a few. The platform will release new episodes every week, unlike competitors such as Netflix, which releases a whole season at once. Apple TV+ will cost $4.99 a month, with a special one-week free trial available and a free one-year subscription with the purchase of a new Mac, iPhone or iPad. 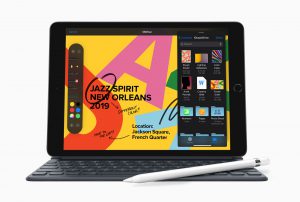 iPad 7 is the first to be designed around the all new iPad-specific operating system, iPadOS. For the first time since its release in 2010, the standard iPad will move from a 9.7 inch display to a brand new 10.2 inch Retina display. iPad 7’s 100% recycled aluminum casing features the Smart Connector, which enables the iPad to seamlessly dock into an all-in-one smart keyboard and case. iPad 7 starts at $329, and will start shipping at the end of the month. 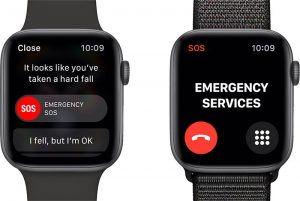 The Watch That Does More Than Tell Time
The newest Apple Watch took center stage next, and will be available on September 20th. Starting at $399, the Apple Watch Series 5 features an 18-hour battery life, a built-in compass, increased safety features and a revitalized watch display that never dims. Pair this new gadget with the widest assortment of case finishes ever that are now made of 100% recyclable aluminum, stainless steel and titanium.
Existing Apple Watches already offer interactive personal data, such as a heart rate monitor and step tracker, at the touch of a finger. The company plans to take its watch health data up a notch by conducting three new studies on hearing, women’s health, and heart and movement. Apple has invited consumers to enroll in these studies through a new research app that will be available later this year.
Apple also hopes to improve personalization by spearheading Apple Watch studios in retail stores, where customer-driven teams can assist clients in choosing cases and bands. The company is also looking forward to its biggest store reopening ever at the 5th Avenue location in NYC on September 20th.
The Most Intuitive iPhone Yet
The iPhone has also been upgraded into its fastest, most user-friendly version to date. The all-new iPhone 11 boasts improved battery life, spatial audio with Dolby Atmos speakers and durable glass on the front and back of the device. Two redesigned wide-lens cameras offer detailed night vision photos, increased zoom range, and stabilized videography. Additionally, Apple developers expect the new slow-mo filming option on the front camera to become a fan-favorite feature in creating “slofies.” At $699, the iPhone 11 launch price is significantly lower than past iPhones. 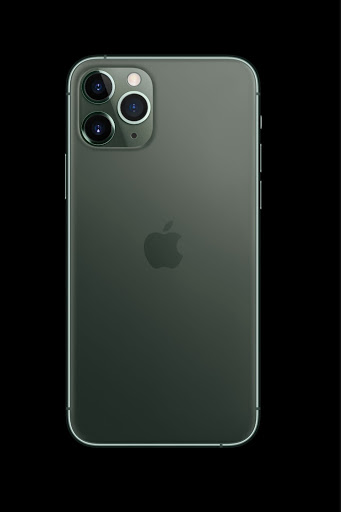 Three Cameras, Who Dis?
Building upon the features of the iPhone 11 are the new iPhone 11 Pro and Pro Max, which come in modern green, grey, silver, and gold shades. The most notable feature of this device is the third rear-facing camera that allows a zoom range of three photos taken in one click. An improved A13 bionic chip improves the phone’s performance by focusing on the energy-efficient design and machine learning improvements, making it the fastest iPhone yet. Starting at $999, iPhone 11 Pro and Pro Max can be purchased on September 20th.
These new product launches have us saving our paychecks!Let us know what you are most excited about on Twitter or in the comments!