In recent developer builds of Apple’s upcoming new operating system iOS 4.3, some interesting new features have been ‘uncovered’. While no official news has been released yet, Apple looks poised to be adding  ‘Find My Friends’ and ‘Photo Streaming’ features. It has been speculated that is a shot across the bow of Facebook. Facebook is the world leader in finding friends and sharing photos with those friends, and it appears that Apple may be trying to create similar functions into their newest OS. 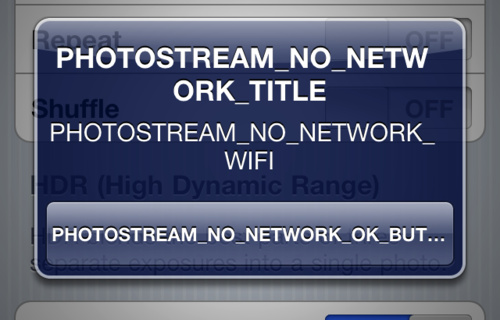 From what it sounds like, Apple is trying to create an iOS exclusive social network to compete with Facebook. This seems like a fool-hearty endeavor when described as a challenge aimed at Facebook, but I do not think Apple is that stupid. Blackberry tried pushing their social network (BBM) to compete online conversations (IM, Facebook, GChat) and has failed badly, but Apple is no Blackberry.
Apple has a plan, and it certainly isn’t to challenge Facebook, mainly because it would be a waste of time and money. What they recognized is a feeling of community within the people who have iPhones, and that they believe they can leverage this into a niche community.
The community will be based on photo sharing (think free mobile Flickr) with your friends with iPhones. The niche community will succeed because it will not get too ambitious by reaching outside of the iOS, and restrict itself to a secondary photo sharing tool to Facebook with a larger focus on photos. There is a good chance this new set of features based around photo sharing will be a major part of the marketing push come time for the iPhone 5. It is even possible this feature, if executed correctly could swing some momentum away from Droid.
Do you think this feature could be relevant?