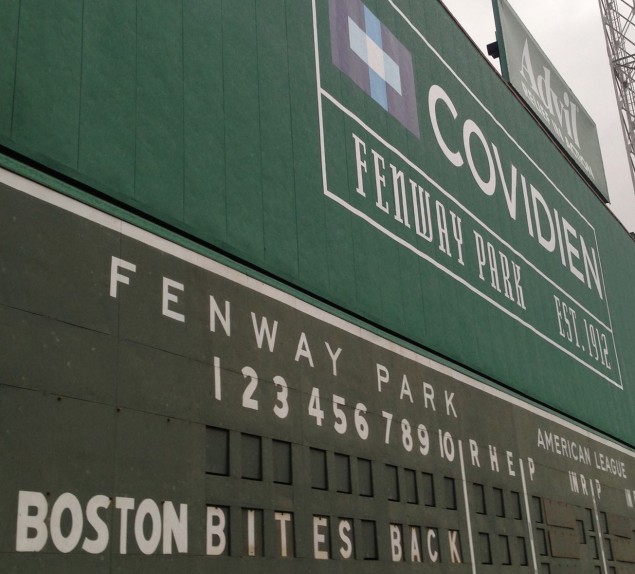 Dozens of talented chefs took over Fenway Park last night for Boston Bites Back, a charity event held exactly one month after the Boston Marathon bombings to raise money for the One Fund.
As the first food-related event Fenway has ever hosted, Boston Bites Back was a huge success (and then some). The BIGfish team was among the nearly 5,000 attendees who spent the evening exploring Fenway and enjoying delicious bites from more than 90 Boston-area restaurants.

Of the 60,000+ hors d’oeuvres, which ranged from Tavern Road’s lamb pâté to Blue Ribbon’s North Carolina BBQ and Blue Dragon octopus with Ma La Oil, we had two clear favorites: Clio’s ice cream sandwiches made of rich chocolate cookies and honey butter ice cream, and Mandarin Oriental’s fried artichokes with parmesan cheese. Still searching for the recipes for those two… 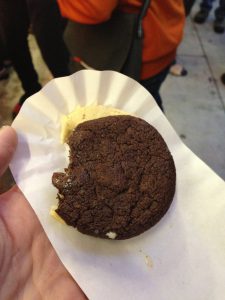 In addition to the delicious food, we had the chance to experience some great aspects of Fenway that are usually off-limits to the general public. We walked around the warning track, sat in the dugouts and even touched the green monster – fun for anyone, and especially exciting for Red Sox fans like us! 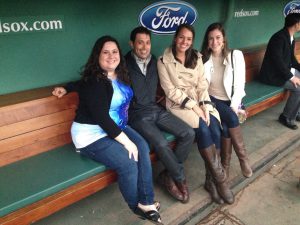 But the best part of Boston Bites Back wasn’t the food, the drinks or even the chance to experience Fenway like never before. The most enjoyable aspect of the evening was simply celebrating the Boston community and reveling in how the city has truly come together over the past month. A big thank you to Boston Bites Back for putting on a great event that let our city’s spirit shine – #BostonStrong.

Click here to see all of our photos from the event! 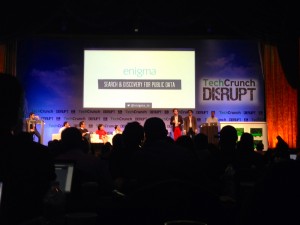 A couple of BIGfish team members, myself included, had the privilege of attending TechCrunch Disrupt in New York last week (click here to see our photos). The three-day event, which TechCrunch calls “one of the most anticipated technology conferences of the year,” featured a number of interesting startups (see: Sand Sign) and several distinguished speakers (hi there Marissa Mayer!). But the most exciting part of the conference was the Startup Battlefield, a startup launch competition we were lucky enough to be involved in. 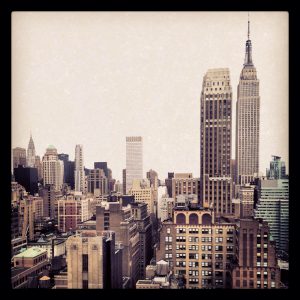 We made the trip to the Big Apple on behalf of Enigma, a new search and discovery platform for public data. Amazingly enough, 90% of the data in the world today was created in the past two years alone. And although petabytes of public data are created each year, it is nearly impossible to navigate and discover connections across them. Enigma solves this problem by collecting, curating and relating public data sources, in effect creating an infrastructure for big data. 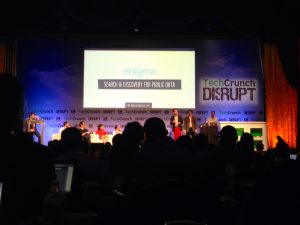 Enigma’s innovative approach to big data earned them a spot in the Startup Battlefield, giving the company the opportunity to pitch their business model in front of the audience and a panel of judges on Tuesday afternoon. Despite being up against 29 other startups, Enigma was selected as one of six finalists to advance to the finals round on Wednesday thanks to their clear presentation and impressive platform. Talk about making a PR pro’s job easy!

With Enigma in the finalist round, we woke up Wednesday morning energized and ready for a busy day on the floor. Between answering questions, coordinating press briefings, and sneaking upstairs a few times to catch some of the various speakers (we couldn’t miss Ashton Kutcher!), the day flew by. Before we knew it, it was time to head back to Penn Station. But the winner hadn’t been announced yet – and Enigma had emerged as a clear crowd-favorite. 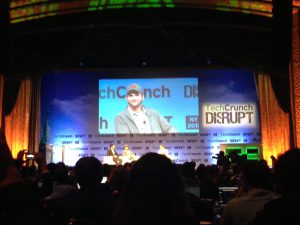 We were thrilled when TechCrunch announced that Enigma had won the Startup Battlefield and would be taking home the Disrupt Cup alongside a check for $50,000. Sadly, the conference ran later than expected, forcing us to watch Enigma celebrate on stage from a tiny laptop screen on our train back to Boston.

Regardless, it’s always exciting to see a client win – even more so when it’s announced in front of a live audience at a well-respected tech event. So from all of us at BIGfish, congratulations to Enigma! Get ready for big things to come from this emerging company. 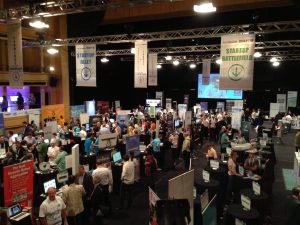