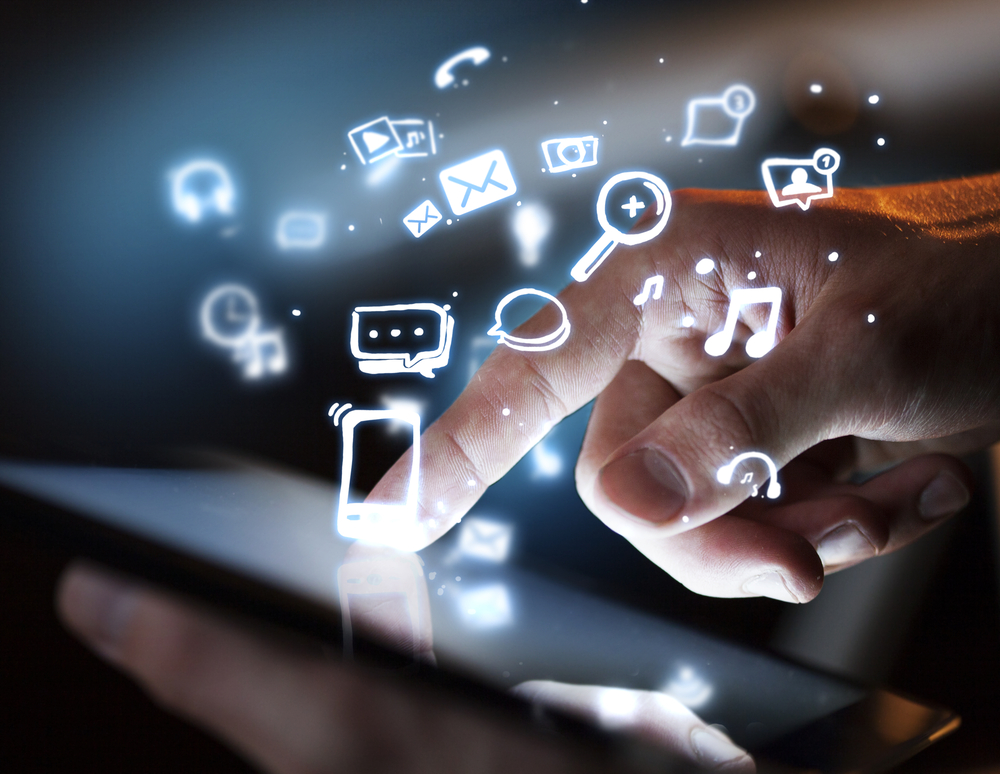 The mobile technology industry is expanding rapidly. According to an infographic illustrating the FCC’s 2013 Mobile Competition Report, individual monthly data consumption grew 250% in one year, 25 billion apps were downloaded in 2012, and 34 percent of Americans are now wireless only. Verizon Wireless recognizes the importance of this growing industry and bought the rest of its company from Vodafone for $130 billion in the second biggest acquisition in world history. Ten years ago our phones merely facilitated phone calls and texts. Now, mobile devices are integral parts of our lives that connect us to one another, to our homes, our health and our businesses.

Last week on NPR’s On Point Radio, BIGfish president David Gerzof Richard expressed his thoughts on the future of mobile. “Take everything in your house and make it wireless,” said David, “and then have it connect to your phone, or your watch, or your Google Glass or whatever it’s going to be that we’re talking about, sort of this next generation of device.” David went on to explain that this is already happening with products like DoorBot, Google Wallet, and Lockitron that function as mobile replacements for your doorbell, wallet and keys. These devices are just a few of the first products in the home automation industry. David expects that we’ll soon be able to control every electronic device in our home with our mobile devices.

In a previous blog post, we noted that wearable tech is the next big thing. Connected bracelets like the Jawbone Up, Nike Fuelband and the FitBit Flex track your sleep, movement, calorie consumption and calories burned and then “helps you use that information to feel your best.”  Apple’s recently released iPhone 5S has the ability to track your movement and knows whether you’re in the car or running. This technology enhances the capabilities of fitness and health apps, enabling them to be more precise.

Mobile devices and apps connect users to their doctors as well. For example, the app Glooko lets those with diabetes easily log their information and easily communicate with doctors. It also provides a more comprehensive list of data for doctors to analyze and interpret. A recent GigaOm article discussed a new program from Partner’s HealthCare that enables users to “collect their own data and then transmit it securely through a computer or mobile device to the hospital’s database.” This helps both doctors and patients make more efficient use of their time. 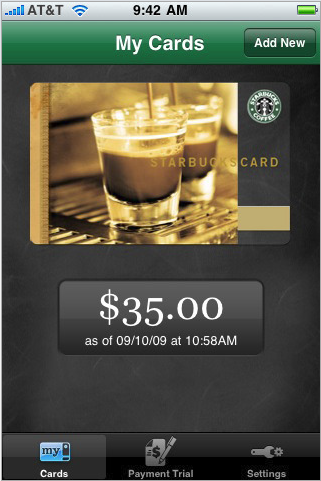 Businesses small and large are affected by customers’ mobile habits. According to a Forbes article published earlier this summer, “the value of mobile commerce transactions is expected to top $3.2 trillion by 2017, compared to $1.5 trillion in 2013.” It’s important for companies to create responsive design websites to ensure ease of use across all devices, and to utilize mobile shopping apps and accept digital coupons.

Another way to get ahead of this trend is through the use of mobile wallets. The Verge recently reported that with Google Wallet Objects and Apple’s Passbook, “consumers are able to organize their phones in a way that works for them… creating a huge opportunity for retailers to not only offer a mobile wallet program, but better educate their customers on how to sign up and reap the benefits.” Starbucks has already taken advantage of this through the Square Wallet app. With this, customers can enter their credit or debit card information and pay with their phone.

While some may feel uncomfortable doing their banking on their phones, crowds are flocking to free online checking options like Simple. With the tagline “Replace your bank,” Simple’s website and mobile app help “account holders track and manage spending in real time,” CEO and co-founder Josh Reich told the Huffington post. Users can allocate money for utilities and groceries ahead of time, and then the app will let you know how much you can reasonably spend without dipping into those funds. There are no hidden fees, no ATM fees, you can pay your bills electronically, deposit checks by taking a photo of it, and use the app to authorize sensitive transactions.

What Do You Think?

It seems that eventually every aspect of our lives will be connected and mobile. Are you a fan of this mobile trend? Do you worry about the security issues that come along with having all your information stored on one device? What other parts of your life do you see headed in this direction? 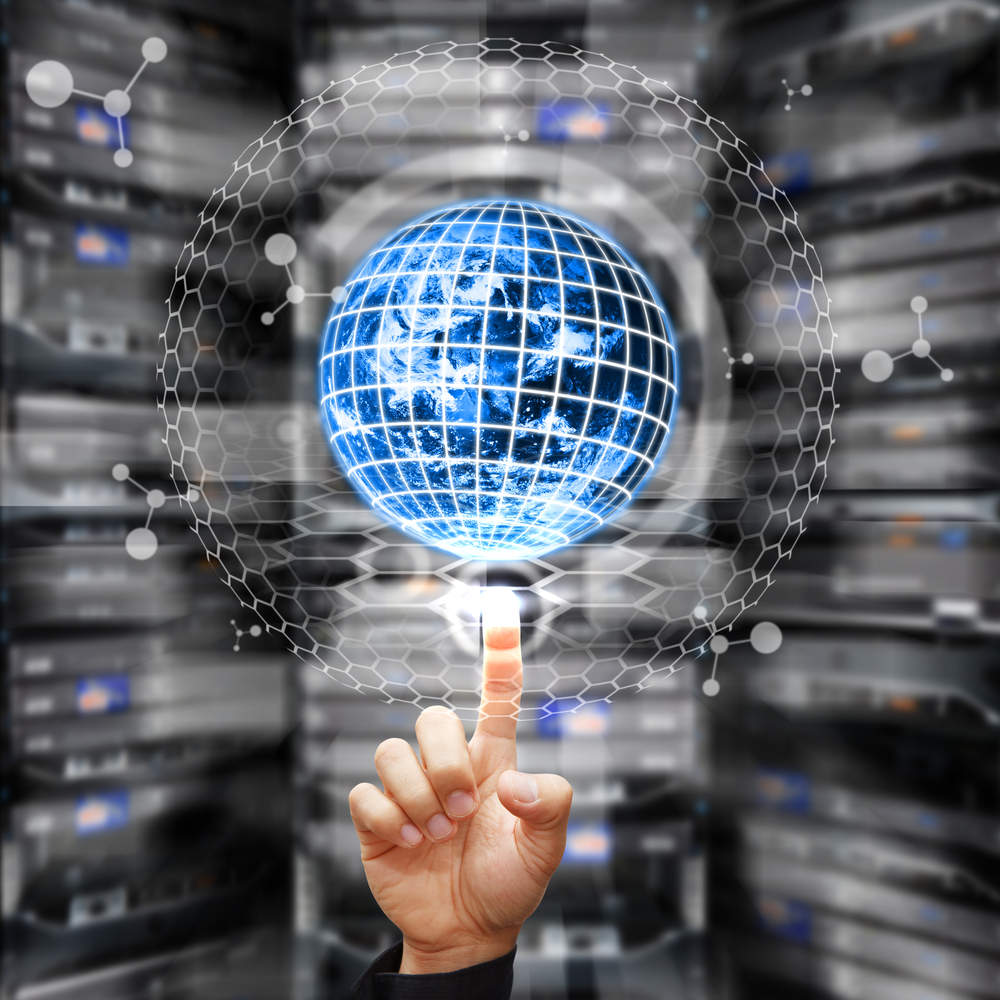 Researchers and companies are gathering massive amounts of user data from websites like Facebook, Twitter and Wikipedia and discovering new ways of interpreting this information. These methods enable us to uncover trends and connections we otherwise wouldn’t have access to. Advertisers and public relations professionals are using this information to learn more about consumers so they can create highly targeted campaigns that are more relevant.

Earlier this summer Taha Yasseri, a student at the University of Oxford, analyzed user activity on Wikipedia and found the most controversial articles on the site. Yasseri based this research on “mutual reverts,” meaning one user makes changes, another reverts those changes, the original user changes it back again, and so on.

The top 10 most controversial topics on Wikipedia (in English) are listed below:

While most topics on this list may be expected, others come as a surprise. Without this kind of analysis, we may not have known certain topics are so highly disputed (so, who is employed by the WWE?). Yasseri’s research is a good example of how the internet has made it easier than ever to understand consumer insight. Marketers are always looking for content that consumers will find compelling or shareable. They could use this kind of information to tap into hot topics, or to steer clear of polarizing ones.

Yasseri isn’t the only one exploring the field of data aggregation and gaining insight from online activity. Boston-based company Bluefin Labs analyzes social media posts about TV shows. In doing this, Bluefin can see which television shows or networks generate the most buzz on social media and which audience segments are driving the conversation. Bluefin can then take it one step further and look at users’ past tweets to draw unexpected conclusions about specific audiences. For example, fans of That ’70s Show “happened to comment often about makeup. Ad time during those programs turned out to be surprisingly wise buys for cosmetics companies.”

After joining forces with Twitter in February, Bluefin is now part of a larger plan thanks to Twitter’s multi-year agreement with Nielsen to develop a project called the “Nielsen Twitter TV Rating.” The Nielsen Twitter TV Rating sets out to take the individual television programs discussed on Twitter and measure the volume of each conversation. Just like traditional TV ratings, higher Twitter ratings would make a TV show more appealing to advertisers, therefore increasing ad revenue.

Facebook is also exploring the capabilities of data aggregation with the launch of its new Graph Search. With this tool users can cross reference their searches with casual words and phrases like “my friends who like That 70’s Show.” The launch of Graph Search is great news for businesses with Pages on Facebook, enabling them to learn more about their consumers interests. This knowledge means companies can share content that’s more relevant to their audience and hopefully grow their fan base. Growing that fan base is increasingly important as Facebook plans to change its Graph Search algorithm so that Pages with more Likes will be more likely to appear.

With so many ways to collect and analyze large amounts of data on consumers, a good question to ask is, what does this mean for the future of marketing? Many marketers are taking advantage of these tools to learn more about consumers and then create highly targeted campaigns.

Marketers can now collect massive amounts of data, enabling them to create more personalized campaigns. Companies now know the best time and day of the week to post on social media or promote an ad to generate the most responses. We know which issues are affecting the public the most, how long people spend dwelling on these issues before moving on to other ones, where the variation in opinions on controversial subjects lie, and what stimulates discussion.

All of this is great news for marketers. The more we know about the demographics and psychographics of each market segment, the more targeted and effective campaigns can and will become. Consumers will also benefit from this as they’re more likely to see ads that are relevant to them. With new developments like Twitter TV Ratings, consumers can also voice their opinions loud and clear, and it’s imperative that companies listen to what they have to say.