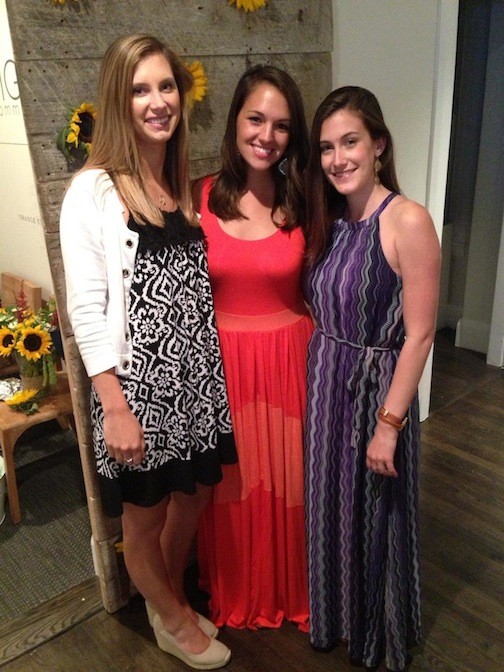 This week, we are excited to welcome a new team member to BIGfish! Brigid is our new Account Coordinator and will be supporting the account management team on public relations and social media campaigns. We had her answer a few questions about herself and her aspirations – read on to find out what she had to say!

Tell us a little bit about your background: I left Massachusetts after high school to attend college in North Carolina at Elon University. I majored in strategic communications, focusing on public relations and advertising, and minored in Spanish and business administration. I had great experiences with service-learning programs and internships where I worked with nonprofits and small agencies.  Working with these smaller organizations enabled me to see and participate in all aspects of the job. Since they were often short handed, I had a great deal of responsibility and played a major role in strategic planning and decision making.

Why did you want to work for BIGfish? I was looking for a smaller public relations firm in the Boston area and BIGfish’s client list really stood out to me. I love that this firm works with entrepreneurs and companies in the clean technology and clean energy industries. These are growing areas of increasing importance that I feel passionate about, and their innovative nature means the products and ideas are new and exciting. The company culture also fit in perfectly with what I was looking for — a group of hardworking individuals with valuable experience who also get along with one another and have fun.

Favorite food: Tough one for me. I love trying new things, especially traditional foods from different countries and cultures. I also really enjoy cooking and trying out different recipes. I particularly love greek/mediterranean food, but pizza is definitely up there too!

What do you hope to accomplish in your new role? I want to perfect my skills in writing press releases and pitches, network with professionals in the public relations industry as well as cultivate relationships with media contacts. Building relationships with my coworkers and learning from them is also important to me.  A line on the BIGfish website that stuck with me is “We make your story impossible to ignore,” so I hope to really embody this and come up with creative, effective ways to deliver our clients’ news.

Anything else we should know about you? I’m a big Patriots fan!

Brands are searching for creative ways to keep up with evolving social media audiences as mobile video sharing app Vine continues to grow in popularity. The platform has filled a social media gap many people didn’t even know existed, enabling users to check out a “highlights reel” featuring six-second videos created by friends via smartphone.

But how can a brand connect with its audience in just six seconds?

The trick to creating a standout Vine might lie in embracing the platform’s simplicity. The most striking Vines capture a single idea or moment thoroughly, rather than attempting to cram a complex story into such a short time frame.

Many brands seem to be taking notes from individual users and creating Vines that have a more personal feel. Often, these videos share fun tidbits of company culture, sneak peeks at new products, and amusing clips that are unrelated to the company and designed just to entertain followers. The goal of these videos isn’t to serve as mini-commercials, but instead to contribute toward the brand identity as a whole.

Urban Outfitters took this approach shortly after the app’s January launch with the company’s first post, titled “The Most Important Vine You’ll Ever See”, which perfectly captures the brand’s fun, slightly ironic image.

Still, even a six-second video can be complex to create. As more users are discovering, part of Vine’s charm is its start-and-stop filming method, which allows Viners to create everything from montages to stop-motion animation. The videos each loop within the app’s feed, resulting in a GIF-like effect.
This style distinguishes Vine from other methods of video-sharing, and as many users are realizing, taking advantage of this style can result in impressive Vines, more followers, and higher engagement. General Electric has a particular knack for working with the channel’s style, having created a popular and perfectly-looping Vine for this past “Pi Day”, March 14th.

Vine can also be a great channel for creating a series of related posts. Lowe’s Home Improvement’s “Lowe’s Fix In Six” series offers practical Vines that demonstrate simple solutions to common household problems. Since the platform allows users to instantly share videos to their own Facebook and Twitter pages, helpful series like these encourage users to spread the brand’s message to their own followers.