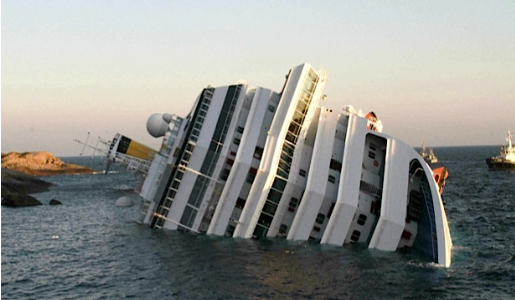 Cruising through a crisis?
By Stephanie Miceli
The news keeps getting worse for Carnival Corporation. After its Costa Concordia struck rocks off the Italian coast on January 13, just this morning, BBC reported 16 are dead and another 16 still missing.
As the search goes on, the question is-where is Micky Arison, the company’s CEO?
Mr. Arison has been managing the crisis from Carnival’s Miami offices-leaving Pier Luigi Foschi, CEO of Carnival’s Italian unit, Costa Crosciere, to do all the heavy lifting.
Arison has taken a hands-off approach, limiting his response to Twitter posts and statements in press releases expressing condolences. But for an industry that has long had a reputation for safety and few major accidents, 140 characters simply isn’t enough.

With photos of the overturned ship still circulating the Internet, this crisis isn’t about to set sail anytime soon. Here are what I believe to be Carnival’s biggest gaffes so far–and how to fix them:
Enhance CEO visibility: Mr. Arison has been managing the crisis close to Carnival’s Miami port, and according to a PRNews article, hasn’t visited the scene of the shipwreck to speak to the families of the dead and missing. Instead, he’s left on-site communication efforts to Pier Luigi Foschi, CEO of Carnival’s Italian unit, Costa Crociere S.p.A. It would only make sense that he’d be able to manage communication more effectively in Italy.
Prioritize: Of course, it’s crucial to be transparent and to communicate early and often in a crisis. However, when appointed spokesperson Pier Luigi Foschi said Costa backed a plan to steer close to shore as a way to generate publicity for the cruise line, it made the company appear as if it prioritized self promotion over passenger safety. Mr. Foschi blamed the ship’s captain for the tragedy, who apparently denied raising the alarm when the ship was in danger. Instead of assigning blame, Carnival should focus on assuming responsibility in the most appropriate manner – yet another reason why crisis management is best left to the CEO.
Listen, listen, listen: According to PRNews, Costa Cruises offered 30% off future cruises to survivors–an offer one passenger called “insulting.” Those affected aren’t looking for discounts-they’re looking for justice, something that could have been concluded through simply listening. CEO Arison would have ideally offered condolences to passengers in person, while designating a team member to monitor stakeholder conversations on and offline. After all, listening demonstrates humanity.

Don’t forget about employees: Employees should be the company’s allies and biggest champions-at all times. One of the best ways to do that is to ensure is having superb internal communication. Crisis contingency plans are part of that-and creating allies sometimes means planning for the worst, and being pleasantly surprised when “the worst” doesn’t happen.
During a crisis, the CEO is typically charged with public communication. Perhaps Mr. Arison’s absence doesn’t necessarily stem from a lack of humanity, but a lack of media training. Or is the notion of the CEO as primary spokesperson outdated? This case may bring that question to the spotlight, and though it won’t be old news soon, at least Arison hasn’t pulled a Tony Hayward and asked for his life back. 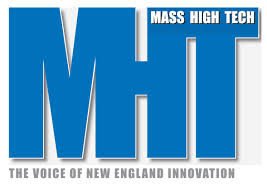