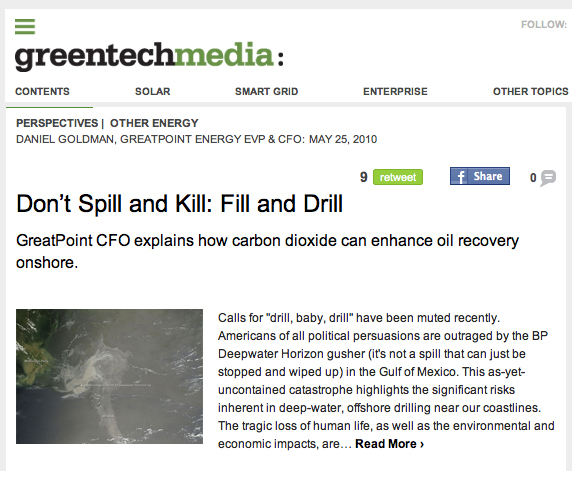 Biogenic methane company and BIGfish client, Luca Technologies, was the focus of a recent article in the New York Times. In addition to public relations, BIGfish is also working with Luca to develop a new website and messaging. 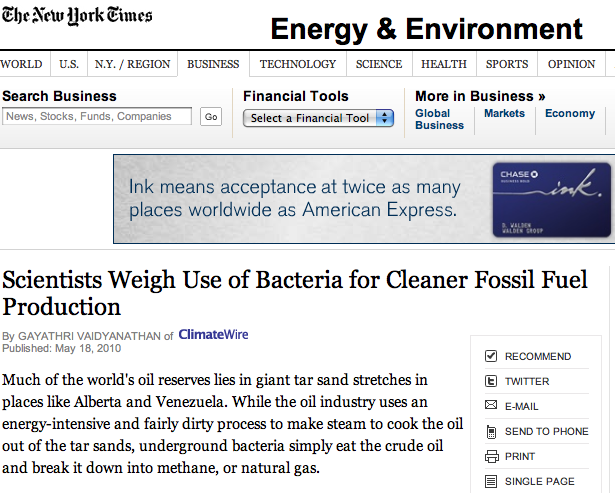 Here’s their updated video – love it. At dinner meetings or cocktail receptions when the conversation invariably turns to social media, as the resident social media guy at Emerson, all eyeballs turn to me and I’m usually asked to explain Twitter. More often than not I end up defending it as “not a stream of junk and inane thoughts.” I have found that the best thing to do is ask the person what they’re interested in and either doing a live search for them or pulling up a good local Twitter user that I know will fit their interests; which brings me to this post. This is more a resource for me than anything else to help get through future discussions on the use and sustainability of Twitter.

@MABeacon
Conor Yunits, Editor of MassBeacon.com
This is the ultimate source for unbiased Massachusetts and Boston politics.

@MassGovernor
Currently manned by Brad Blake of the Governor’s Office and Governor Deval Patrick (he signs his Tweets -D). They did a great job keeping everyone posted when we had the aqueduct break and had to boil water for four days.

@ScottKirsner
Scott Kirsner writes on innovation for the Boston Globe as well as Wired and Fast Company – he is a great source of information on local VC and cutting edge technologies.

@dharmesh
Dharmesh Shah is a founder of HubSpot, but more importantly he runs a blog called On Start Ups that’s fantastic.

@BostonMarketer
Rachel Levy lives, eats and breaths social media and marketing, she is also starting up a listing service for webinars.

@ChrisBrogan
Chris is the author of a great book I use in the Emerson Social Media class called Trust Agents – only follow him if you can handle a lot of tweets.

@PGillin
Paul Gillin is the author of the New Influences and Secrets of Social Media and Marketing as well as creator of the blog: Newspaper Death Watch.

@SteveGarfield
Steve’s on Twitter and Jimmy Fallon loves him, that’s all I have to say.

CitySearchBOS
Currently manned by Christine Liu, she will keep you up-to-date on Boston events.