Here’s a finding you may not be a fan of: the seemingly innocent act of “Liking” something on Facebook may reveal much more about your personal life than you intended. While it does seem pretty obvious that Liking something on Facebook will reveal some information about your personal life - perhaps your minor cat obsession or your affinity for ‘Mad Men’ - it’s not so obvious that those Likes could reveal your gender, sexual orientation or use of addictive substances.

According to a new study out of the University of Cambridge, “Facebook Likes can be used to automatically and accurately predict a range of highly sensitive personal attributes including: sexual orientation, ethnicity, religious and political views, personality traits, intelligence, happiness, use of addictive substances, parental separation, age, and gender.”

The study, which involved more than 58,000 Facebook users, predicted personal attributes based on Facebook Likes at a strikingly accurate rate. Researchers were able to correctly discriminate between African Americans and Caucasians in 95% of cases, between homosexual and heterosexual men in 88% of cases, and between Democrats and Republicans in 85% of cases. The study also found correlation between personality traits and Likes. Users who Liked curly fries, Mozart and The Colbert Report were more likely to have a high IQ, while those who Liked British author Terry Pratchett were more likely to be introverts.

The researchers have made the tool available to everyone at www.youarewhatyoulike.com, which you can log into using your Facebook account to get your “one click personality.” (It’s pretty fun to check out, regardless of how legitimate you think it is.) From a marketing perspective, this study reminds us that the constantly-growing pool of online data available to advertisers can be used to effectively reach a targeted audience. However, the study also reminds us of the importance of understanding your privacy settings. Just because you’ve ensured your Facebook photos and status updates are inaccessible to those who aren’t friends with you, it doesn’t mean you’ve made your Facebook Likes inaccessible as well. As always, becognizant of what you share - and that includes what you decide to Like on Facebook.

Ever since the 2010 earthquake in Haiti, social media has solidified its reputation as a viable place to receive real-time news and stay in touch with friends and loved ones during times of natural disasters. Social media sites like Facebook, Twitter and Instagram have proven to be the easiest, fastest and most reliable way to communicate during natural disasters and storms. Personal accounts have used social media to share photos and experiences, while government officials and relief organizations have used it as a platform to relay emergency numbers and help those in need. The 2011 tsunami and earthquake in Japan fully utilized social media to communicate around the world and most recently, information about Hurricane Sandy and winter storm Athena was shared on social media sites to record-breaking highs. 2011 In 2011, information about the earthquake and tsunami that rocked Japan took over social media, as it was used to report and communicate about the natural disaster. After the 8.9 magnitude earthquake left people with no phone service, Twitter especially became a way for people to receive real-time news about the storm and let loved ones know they were safe. Before the earthquake even stopped shaking Japan, people had pulled out their phones to take videos, photos, and tweet about their current state, sending the news like wildfire--much faster than a television news crew ever could. 2012 In October, those affected by Hurricane Sandy took full advantage of social media to spread instant news around the country. In times of natural disasters, the Twitter and Instagram hashtags that serve as an organization tool become particularly necessary, filing together all tweets and photos that are being shared at that present moment. While Twitter is most often used as a place for individuals to tweet about daily annoyances, share funny photos and keep in touch with friends, it very quickly became an important place for people to document what they were experiencing and to share with followers how they were braving through the storm. Official accounts like those of New York City’s Mayor Bloomberg as well as other government organizations became an important real-time feed for news and announcements, especially after millions of people lost power. For many in New York and New Jersey, cell phone social media applications became the only source for news and communication. Social media’s influence on storm reporting has become so great that The Weather Channel has created names for noteworthy winter storms in order to make communication easier and more efficient as well as to raise awareness. After seeing Hurricane Sandy’s record number of tweets, it made sense to name the season’s first winter storm “Athena” to help Twitterers stay within the 140-character limit when discussing the storm.

What’s Next? Based on the record number of Instagram photos uploaded during Hurricane Sandy, it looks like the future of crowdsourced storm coverage may stem from the growing app. Launched in October 2010, Instagram gained wide popularity after it was purchased by Facebook and extended beyond iOS to Android in April 2012. With approximately 100 million users to date, Instagrammers were glued to their phones the day Sandy hit, as there were reportedly 10 photos of Sandy uploaded per second. Hurricane Sandy has become the most Instagrammed event in the application’s history with more than 800,000 photos (and counting) uploaded. In reaction to the application’s use to document the storm, co-founder Kevin Systrom said: “I think this demonstrates how Instagram is quickly becoming a useful tool to see the world as it happens ­ especially for important world events like this.”

Click here to read more about Instagram’s use during Hurricane Sandy. To learn more about The Weather Channel’s winter storm names, click here.

November 6, 2012 marked yet another historic Election Day as President Barack Obama was reelected. But just how historic was the day in terms of social media? The 2012 Election was one of the most shared and commented-on events in social media history, so we’ve rounded up some interesting facts and figures from this year’s campaign season. First off - which candidate won the social media war? BostInno caught up with BIGfish President David Gerzof Richard for his take on which Presidential candidate was leading the social media race - and true to the election’s actual results, Obama was the clear winner. A quick glance at the numbers shows Obama winning in every category.

Obama also set a Twitter record yesterday for the most retweeted tweet ever - a photo of himself hugging Michelle with the caption “Four more years” was retweeted more than 682,000 times (and counting). The previous record was held by Justin Bieber at 200,000+ retweets.

Obama also seems to have won the Internet meme war, for two main reasons. First of all, Romney's comments in the Presidential Debates (à la Big Bird and binders full of women) created instant fodder for meme creators - Obama's comments simply weren't as easy to "meme-ify." Secondly, most of the people behind these memes are young, 20-somethings, who traditionally tend to align closer with the Democratic party's views. The result? More memes mocking Romney, and less poking fun at Obama.

But the greatest success for social media this Election Day? No sign of the Twitter fail whale! Despite Twitter's record number of tweets last night - peaking at 327,452 tweets per minute as news organizations began calling the results of the election - the website didn't once notify users that the service was currently "over capacity." Users tweeted their way through Election Night without any disruptions in the most tweeted-about event in U.S. political history. Cheers to that!

For more, check out this video of BIGfish President David Gerzof Richard discussing social media's impact on the 2012 elections on Fox 25 News.

BIGfish client Beaver Country Day School was featured in Mashable today for their innovative use of social media in an article titled, "The Teacher's Guide to Facebook." History teacher and tech integration specialist Melissa Alkire said, "In our classes we seek to engage in authentic discussions targeting multiple perspectives, and accessing this through social media has allowed us to build relations with schools around the globe, including Pakistan, South Korea, Egypt and Afghanistan. Social media has extended the classroom walls and broadened our audience." To read the entire article, click the photo above or click here. 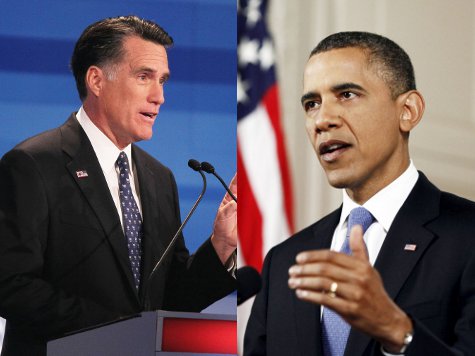 Social Media and the Presidential Debates: What to Expect

The 2012 Presidential Debates kick off tonight at 9 p.m. with President Barack Obama and Governor Mitt Romney facing off in Denver. With the debates being broadcast live on C-SPAN, ABC, CBS, FOX, NBC, CNN, Fox News, and MSNBC -- PLUS being live streamed online -- it will be hard for anyone with a television or Internet connection to avoid tonight’s political discourse.

Publicly broadcast events like these always spur an online reaction - especially now. Think back to this summer’s Olympics; the Olympic organizers themselves dubbed them the “Social Media Olympics.”  And according to the Pew Research Center, 2012 marks the first time that more than half of all Americans aged 65 and older are online. So how will social media react to the 2012 debates? How will it differ from the 2008 debates? Here are our predictions:

1. Thousands more people will participate in tweeting and Facebooking about the debates. After all, social media has exploded in the past four years. In 2008, Twitter had only 6 million users; now it has 140 million. Over that same time period, Facebook grew from 100 million users to 900 million. Combine those statistics with the fact that 45% of American adults own smartphones, and we have more people actively using social media than ever before.

2. “Obama,” “Romney,” or “debate” will be a trending topic on Twitter. Maybe this is an obvious one, but we’re still pointing it out. Perhaps one of the candidates will even purchase a trending topic - the Romney campaign was the first to do so in September when it promoted #RomneyRyan2012 during the Republican National Convention. 3. Your Facebook feed will be transformed into a stream of political comments from people whose opinions you really don’t care about. Annoying political posts on Facebook have become the norm these days. Everyone has that one Facebook friend who constantly posts inflammatory statuses specifically to start an argument. Fear not! Lifehacker has put together a helpful post so you can hide these people from your News Feed.

4. GIFs celebrating either candidates’ gaffes will run amuck. The GIF animation bandwagon is another aspect of social media that has recently exploded. President Obama’s social media team has even created a campaign Tumblr with dozens of Obama GIFs. We feel pretty confident the GIF creators of the Internet will find plenty of clips from tonight’s debate to keep us entertained. How else do you think social media will react to tonight’s first round of debates? We’ll find out soon enough!