By Morgan Howell
Do you want to track your Twitter traffic? There’s a tool for that. How about your follower count? There’s a tool for that too. How about retweets, @mentions, clicks, sentiment? Yes, yes, yes and yes. Myriad tools have popped up to answer every question a marketer could have and then some. However, there’s one voice we haven’t heard from on this yet, and that’s Twitter itself. But a blogpost last week announced that Twitter is finally taking a stab at an official website analytics platform.
Facebook has had its own analytics platform, Insights, for some time now. Facebook Insights has done its part to both provide meaningful data and to reassure social media cynics. A similar platform directly from Twitter will hopefully do the same thing. Initial reports cite the main purpose of Twitter’s Web Analytics tool will be to track traffic, as driving traffic to a brand’s website is a common Twitter marketing goal. Twitter’s Tweet Button and its new t.co URL shortener generate a wealth of data that has, up until now, been completely neglected.

It’s a good first step, but still leaves much to be desired. Marketers will be able to track traffic generated from their tweets, but if your marketing strategy focuses on engagement this tool will deliver little value. It will be interesting to see how the platform evolves to incorporate deeper analytics.
What do you think marketers will find most useful about this new tool? What are the biggest gaps in analytics that Twitter needs to address?
Stay tuned for a review of Twitter’s Web Analytics platform when it goes live. 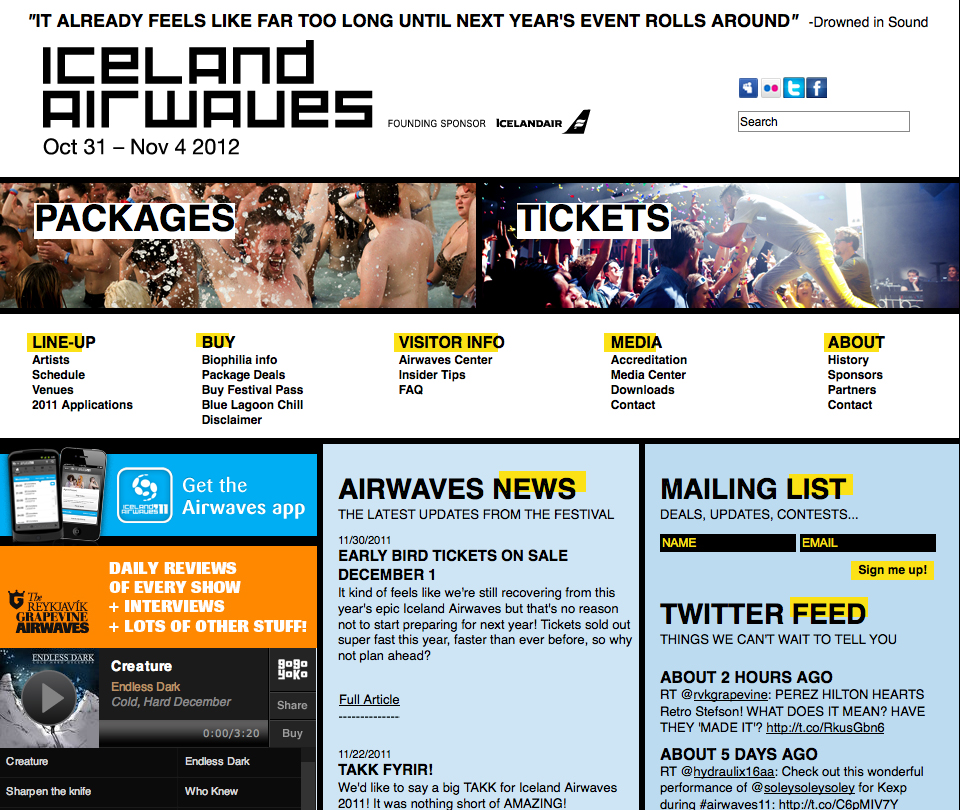 The Client
Iceland Naturally represents the best of Icelandic products and services in North America through its web presence, social media outreach and event sponsorships. Iceland Naturally’s goal is to promote tourism in North America as well as Icelandic events, products and people currently in North America.
The Challenge
Since 1999, Iceland Airwaves has been the premier annual showcase for new music – Icelandic and otherwise – in the world. To increase interest in Icelandic culture in the US and attract American tourists to the music festival, Iceland Naturally engaged with its loyal web community through an online contest. As the social media agency for Iceland Naturally, BIGfish was tasked to develop the contest and promote Iceland Airwaves online.
The Result
BIGfish recruited numerous freelance reporters to travel to Iceland to cover the concert, resulting in US coverage on Slate, The Huffington Post and a number of other outlets. BIGfish also developed and executed a Facebook contest, in which fans from the US and Canada submitted pictures in order to win a trip to Iceland Airwaves. Over 580 fans engaged by submitting photos, finalists were selected and nearly 10,000 Iceland Naturally fans voted on the winner. With the success of the contest, the Iceland Naturally Facebook fanbase grew by 673% over the previous month. BIGfish also leveraged the live broadcast of Iceland Airwaves from KEXP in Seattle by promoting contests to win KEXP CDs through Twitter and Facebook. 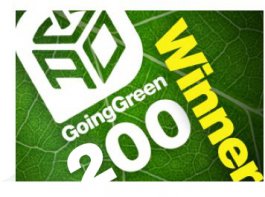 BIGfish is honored to announce that AlwaysOn has named five of our clients, GreatPoint Energy, Luca Technologies, Powerhouse Dynamics, Coskata and Oasys, 2011 GoingGreen Global 200 Top Private Companies. GoingGreen Global 200 spotlights the top emerging companies that are transforming big industry and creating viable business models for the green technology.
Our clients were selected based on a set of five criteria: innovation, market potential, commercialization, stakeholder value, and media buzz. Industry experts across the globe identified the top 200 private companies that are transforming our world into a safer, more efficient and environmentally friendly place, while at the same time creating high-growth businesses that offer huge upside potential for investors.

CMB Consumer Pulse conducted an independent research study supported by Constant Contact to explore how consumers interact with brands on Facebook, which is the most popular platform for brand interaction (34% Facebook – 4% Twitter). Data was collected from 1,491 consumers, age 18+, in the United States (52% of this audience spends at least one hour a week on Facebook) and here’s some of what they said:

o   56% of fans say they’re more likely to recommend a brand to a friend after becoming a fan.

o   51% of fans say they’re more likely to buy a product since becoming a fan (especially fans ages 50 and up).

o   57% of users “like” a brand to receive discounts and promotions.

“Between the two website BIGfish developed for us and the massive press coverage they attained, we’re very pleased to have BIGfish as our marketing partner.”